As the new Leader of the Conservative Party, Erin O’Toole just made the rookie mistake of fighting the wrong battle.

Mr. O’Toole went onto Global TV’s The West Block and proclaimed that the Liberal government got the issuance of emergency pandemic benefits “entirely wrong.”

The problem with that wasn’t the details of his criticism, which have some merit. The problem, for his party, was that he chose to fight on the wrong ground – the place where Justin Trudeau’s Liberals would love to do battle.

It suggests that Mr. O’Toole doesn’t yet see the big political danger he is facing.

The pandemic isn’t over. Canadians still feel vulnerable. They want leaders to keep them and their livelihoods safe and secure. Mr. O’Toole is – rightly or wrongly – pointing to a part of the Liberal record that most people found reassuring. And he didn’t do it by offering something better.

If anything, the Liberals want to make people believe that if Mr. O’Toole was in power, he would have hesitated to do the same thing. And Mr. O’Toole just made headlines that cast that doubt.

To be fair, Mr. O’Toole clearly preferred to talk about jobs, or the WE Charity affair. But he veered onto dangerous ground, apparently without realizing it.

Now, the specific results shouldn’t be exaggerated. The survey was taken in the three days before Mr. O’Toole became leader, and even now, most people don’t know much about him. But it showed that in the public’s mind, protecting Canadians in a second wave is Mr. Trudeau’s strong suit.

As far as whether the Canada Emergency Response Benefit was a good idea or not – well, as a matter of public opinion, that ship has sailed. A lot of Canadians thought it was a lifeline. Mr. O’Toole doesn’t have a lot to gain from second-guessing it now.

That’s so even though he is partly right. His point, though not clearly expressed, was that the Liberal government should have introduced the 75-per-cent wage subsidy for employers before it introduced the $2,000-a-month CERB for individuals. And there is reason to think that if Ottawa had introduced the wage subsidy three weeks earlier, more people would have been kept on company payrolls.

But then, the government was scrambling to create unprecedented supports in a crisis. It announced the CERB March 25, and the wage subsidy less than two weeks later, April 7. Mr. O’Toole can’t expect Canadians to make a big deal about the sequencing now.

What Canadians might notice, if he keeps talking about it, is that Mr. O’Toole doesn’t sound very sure, or very clear, about benefits in a second wave.

When he was asked in that Global interview whether he would bring back the CERB if there was a second wave of the pandemic, Mr. O’Toole’s answer was that he is a “big fan of the wage subsidy.” West Block host Mercedes Stephenson asked whether that means “no to the CERB,” and Mr. O’Toole answered vaguely that “we will have support for everyone, but the government got the CERB entirely wrong.”

Now, it’s not surprising that the new Leader of the Opposition criticizes the government. He just doesn’t have to focus on his opponent’s strengths. Mr. O’Toole is already criticizing the Liberals over the WE affair. He appears to be preparing a campaign on creating jobs and economic recovery, claiming the Liberals have no plan for the future. Canadians care about what comes next.

But he is going to run into trouble if he leaves the impression that if he had been PM back in March, he might not have sent out generous benefits to individuals. Because most Canadians still think the lockdown could happen all over again. 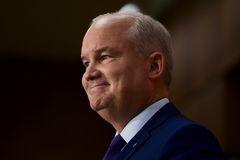 Opinion
Justin Trudeau has put Erin O’Toole in a bind. Can the new Conservative Leader handle it?
September 1, 2020 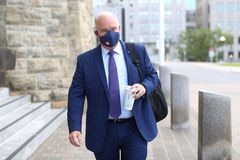