Ahead of a federal election that could come as soon as this spring, Conservative Leader Erin O’Toole is facing political opportunities and challenges at a party policy convention this week.

The three-day virtual meeting will feature a speech by Mr. O’Toole on Friday seen as key to making the case for support from party members as well as voters.

“I know Erin understands the gravity of the speech he’s going to give this weekend and the need to be finding innovative ways to communicate his vision for the country and why he should be prime minister,” Tory MP Michelle Rempel Garner, also speaking at the gathering, said in an interview. “He’s going to have to deliver on that.”

Pollster Nik Nanos said the convention is a vital moment for Mr. O’Toole, whom he described as a “political work in progress,” because such events are among the rare occasions, beyond elections, that draw Canadians’ attention. “People will just tune in to see the Conservatives [and whether] they are a government in waiting.’”

Mr. Nanos said the convention will also test Mr. O’Toole’s ability to manage diverse views within the party while keeping everyone focused on the fight against the Liberals.

Scott Hayward, co-founder of the anti-abortion advocacy group RightNow and a delegate to the convention, acknowledged his organization fell short in its attempt to have abortion issues included among the list of resolutions that will be voted on at the convention.

Mr. Hayward said the focus shifts to supporting a slate of candidates for party leadership positions who oppose abortion.

Conservative MPs voted privately in January to expel Mr. Sloan after it was revealed that he had accepted a $131 donation from a white nationalist. Mr. O’Toole said at the time that the decision was based on a pattern of destructive behaviour. Mr. Sloan said the ouster was unfair given he had no knowledge of the donation and that it came from a registered member of the party.

“I know a lot of people, pro-lifers in general, have a very poor taste in their mouth from the expulsion of Derek Sloan,” Mr. Hayward said. “I think it’s a very spurious and dangerous precedent that the leader and the leadership team has set and [it] has made, not just pro-life members of the party, but a lot of other members of the party, very uneasy, so I think pro-lifers are keeping a very careful eye on how he treats some of these other issues.”

Other have accused Mr. O’Toole of inconsistency on varied other issues, including environmental policy.

To former Conservative Jay Hill, a government House leader under prime minister Stephen Harper, Mr. O’Toole’s troubles are good news because they are helping make the case for his Western independence Maverick Party, which has created 15 electoral district associations in B.C., Alberta and Saskatchewan.

“It’s increasingly clear to Western conservatives that Erin O’Toole is attempting to take the party in a direction a lot of Western conservatives are uncomfortable with,” Mr. Hill said in an interview, citing the Tory Leader’s concerns about the Energy East pipeline and commitment to 2030 Paris Agreement climate change targets.

Mr. Hill said he understands Mr. O’Toole’s push to appeal to voters in Central Canada, with its concentration of seats, at the expense of support in Western Canada.

“We all know he has to do that if he wants to win, but it’s the way in which he has gone about it that seems to most Westerners to be backtracking despite his claims to the contrary.”

A long-time senior Conservative, granted anonymity to avoid being associated with criticism of the Leader, said Mr. O’Toole may be running out of time to reconcile various policy stands he has taken on the environment and other issues, meaning an effective convention speech may not be enough to help him.

But former Conservative cabinet minister Tony Clement, who supported Mr. O’Toole in the leadership race, said being leader of the opposition is the “worst job in politics” and dealing with internal criticism comes with the territory.

Mr. Clement pointed out that Mr. Harper also faced criticism after failing to lead the party to victory in the 2004 campaign, but later went on to win in 2006.

And Lisa Raitt, another former Conservative cabinet minister, said one thing can resolve Mr. O’Toole’s challenges. “At the end of the day, what cures all ails is winning, and he needs to be focused on winning.” 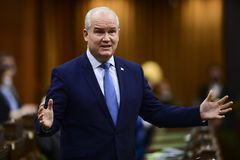 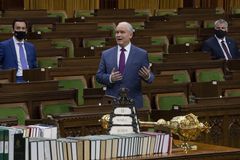 March 15: ‘Erin O’Toole seems more interested in his party’s needs than he is in Canada’s.’ Is the Conservative Party out of control? Plus other letters to the editor
March 15, 2021 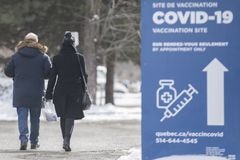