As results Monday night showed the Liberals on the way to forming another minority government, Erin O’Toole must have wondered if his Big Bet had been a bad gamble.

The Conservative Leader staked his and his party’s future on a major strategic shift that aimed to take the Conservatives closer to the political centre. But with Justin Trudeau surfing his government’s success in supporting workers and businesses through the pandemic, and in procuring and distributing vaccines, the path to victory for the Conservatives proved impossible. Nonetheless, it was the right path to take.

Mr. O’Toole took over the leadership of a Conservative Party still dominated by the legacy of Stephen Harper, who united the conservative movement and led it to victory in 2006, followed by almost a decade in government.

But the former prime minister undermined his coalition of Western, rural and suburban Ontario voters, many of them immigrants, by actions seen as intolerant, especially toward Muslims, such as urging citizens to report “barbaric cultural practices” on a tip line and stripping Canadian citizenship from dual citizens convicted of certain crimes. It contributed to his defeat in 2015.

His successor, Andrew Scheer, could not shake suspicions that socially and culturally conservative views would insinuate their way into any government he led. Suburban immigrant voters remained wary of the party. Without those voters, Conservatives could not win government.

After securing the party leadership last year by calling himself a “true blue” conservative, Mr. O’Toole executed a strategic pivot aimed at winning over moderate voters. He talked up the rights of workers, women and LGBTQ Canadians.

Over the course of the election, he presented a cheerful, open disposition, making it harder for the Liberals to accuse the new leader of a hidden agenda. To that extent, the Big Bet worked.

Mr. Trudeau went into this election campaign asking for a majority government. By the end of the campaign, the Liberals and Conservatives were in a dead heat, according to public opinion polls. Pollsters have a hard time, however, distinguishing between the will of the electorate and the will of those who actually vote.

Mr. Trudeau has earned his third mandate, although he was deprived of the majority he sought. Mr. O’Toole must live with defeat. And with the consequences.

Mr. O’Toole’s pivot to the centre sent the most intensely right-wing voters – against vaccines, opposed to high levels of immigration and dismissive of global warming – over to Maxime Bernier’s People’s Party, while winning over few Liberal/Conservative switchers in exchange.

And in his efforts to limit the drain to the far right, the Conservative Leader may have harmed his chances with the suburban voters he most sought. Why did he continue to champion testing rather than mandatory vaccinations, despite widespread support for vaccine passports across the country? Why did he initially promise to lift a ban on some restricted weapons? The Liberals made hay with those issues.

Some would argue the time has come to pivot the Conservative Party back to its roots, to focus on law and order, tax cuts, limited regulation. Some would also argue Mr. O’Toole, having gambled and lost, should be replaced.

That would be a mistake. The pandemic has made progressives of us all. And in any case, the Conservative Party of Stephen Harper is ill suited to the third decade of the 21st century. Every year there are hundreds of thousands of new immigrants. Every year the suburbs expand. Every year the small towns get smaller and family-owned farms fewer.

Ontario voters, in particular, often hand defeat to political leaders to test their mettle. Former premiers Mike Harris and Dalton McGuinty lost elections, only to go on to victory in the next contest. Mr. Harper lost in 2004, but won in 2006.

Mr. O’Toole will have an opportunity to learn from whatever mistakes he has made. He should replace those who did not advise him well, promote those who saw things more clearly, and strengthen his message for the next election, by which time voters will have a better sense of him. If he were replaced as leader, all that would be lost.

Moderate suburban voters will support Conservative government. We know that because most provincial governments are conservative, of one stripe or another. Many would vote Conservative federally as well, if they could trust the party: a Conservative Party of fiscal responsibility and individual freedom; a party that takes pride in our country while recognizing where we have fallen short; a party that supports business but understands the vulnerability of workers, that protects property but cares for the earth.

Mr. O’Toole bet big that he could build and sell such a party. It didn’t work this time. But he could still be the next prime minister, perhaps sooner rather than later.

Opinion
If this election was a test of leadership, all of them failed
Subscriber content
September 21, 2021 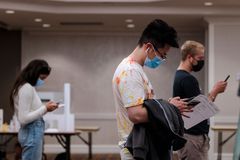 Opinion
A battle between fear and loathing that both sides lost
Subscriber content
September 21, 2021 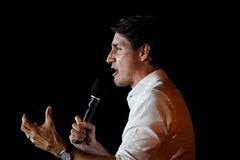