The Ethics Commissioner announced an expanded probe into the Finance Minister Wednesday over Bill Morneau’s failure to reimburse travel expenses with the WE Charity.

The broadening investigation into ethical breaches came on the eve of Prime Minister Justin Trudeau’s appearance before a House of Commons committee looking into the WE Charity controversy.

Mr. Morneau was already being investigated under two sections of the Conflict of Interest Act, based on his family’s work with the charity that was awarded a now-cancelled contract to run a government program for students. The program is budgeted for $912-million, but the contribution agreement to administer it allowed for an upper limit of $543.5-million in spending.

After requests from the NDP and Conservatives, Conflict of Interest and Ethics Commissioner Mario Dion said he would broaden his probe based on the Finance Minister’s admission that he only paid back WE Charity last week for $41,366 in travel expenses incurred in 2017, and comments from the charity’s co-founders that Mr. Morneau’s family may have taken a private plane in Kenya.

The Finance Minister’s office noted Wednesday that he has already said he will fully co-operate with the commissioner and will recuse himself from future WE Charity discussions.

The commissioner’s investigations also focus on Justin Trudeau, who in a rare move for a prime minister will testify at a finance committee Thursday. He will be questioned by the opposition over his connections to WE Charity and whether they influenced a government decision to ask it to oversee a student program during the pandemic.

The controversy, which has consumed a government contending with a pandemic, has already hurt the Liberals in the polls, and left members of Mr. Trudeau’s own caucus calling for “significant change” in the Prime Minister’s Office to ward against a future “systemic failure.”

“I’m just so disappointed by the failure of the decision-making process,” New Brunswick Liberal MP Wayne Long said Wednesday. “It’s not just the conflict, it’s the perception of the conflict … that’s what bothers me greatly. Where was somebody to say ‘we need to review this, we need to put pause on this because this doesn’t look good.‘ ”

“Unforced errors like this just make it very, very difficult for all of us.”

Mr. Trudeau is dealing with his third conflict-of-interest as Prime Minister. Ottawa announced that WE Charity would run the Canada Student Service Grant to pay students for volunteer work on June 25. The contract was cancelled on July 3 amid ethical questions about the connections between WE and the Trudeau family.

The WE Charity controversy explained

John Ibbitson: The Liberals are bleeding political capital and Trudeau’s testimony may heal the wound

Since then it was revealed that the ties between the charity and the Liberals run much deeper, with family members of Mr. Trudeau and Mr. Morneau being paid for their work with WE. Both have apologized for failing to recuse themselves from the cabinet decision to award WE the contract to administer the program.

Mr. Long said he supports his government and hopes Mr. Trudeau’s testimony leads to “full transparency” about what happened and when. His comments were echoed by Nova Scotia Liberal MP Lenore Zann, who said she would like the Prime Minister to “clear the air.”

The former provincial New Democrat said she supports Mr. Trudeau and is giving him the “benefit of the doubt” in this case. But she said she is concerned that the controversy “erodes public trust” and wants to see changes made so that the Liberals aren’t repeating mistakes and distracting from their own government’s work.

“They need to have somebody whose job it is to do due diligence, to make sure that this kind of thing does not happen again,” Ms. Zann said.

“The program has been cancelled, the Prime Minister has recognized mistakes were made and apologized,” he said. “Hopefully, we can put this behind us in the near future and focus on other really important issues.”

Michele Cadario, who was the deputy chief of staff to then-prime minister Paul Martin, said the Prime Minister needs to show that “he’s taking this seriously.” She said her advice would be to announce a new process to prevent conflicts of interest.

Nik Nanos, the founder of Nanos Research, said the Liberals have already taken a hit over the WE controversy. The party had an 11-point lead over the Conservatives four weeks ago, Mr. Nanos said. “Now in the wake of just the beginning of the WE controversy and the hearings, they’ve already dropped eight percentage points.”

NDP ethics critic Charlie Angus said he is concerned by WE Charity co-founders Marc and Craig Kielburger’s Tuesday disclosure that Margaret Trudeau was hired for events like fundraisers and galas that attracted partners.

Ahead of Mr. Trudeau’s testimony, Conservative finance critic Pierre Poilievre said the party will also ask Mr. Dion to expand his ethics investigation into the Prime Minister after testimony from the Kielburgers.

The co-founders of WE Charity said it covered $167,944 in expenses for Margaret Trudeau over 28 events, $25,326 over seven events for Sophie Grégoire Trudeau and $19,576 over eight events for the Prime Minister’s brother, Alexandre Trudeau.

WE had no financial motive in student grant program, co-founders say
July 29, 2020 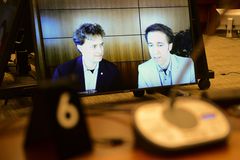