In hard-hitting findings that returned the SNC-Lavalin affair to the forefront of political debate, Ethics Commissioner Mario Dion said the Prime Minister “directed his staff to find a solution that would safeguard SNC-Lavalin’s business interests in Canada."

The Ethics Commissioner determined the Prime Minister’s actions breached Section 9 of the Conflict of Interest Act by improperly attempting to further the private interests of SNC-Lavalin.

The 58-page report reveals surprising twists in the firm’s efforts to avoid a criminal trial on charges of fraud and bribery, including new or further details on the involvement of three former Supreme Court judges, Finance Minister Bill Morneau, former treasury board president Scott Brison and Bank of Montreal chair Robert Prichard in his capacity as SNC-Lavalin’s legal counsel.

Opinion: Trudeau threw caution to the wind, played with fire on SNC-Lavalin

Opinion: Final verdict on Justin Trudeau’s actions will be up to voters

The Ethics Commissioner’s investigation also found regular communications between officials at SNC-Lavalin and members of the Prime Minister’s Office, who co-ordinated efforts to find a way around Ms. Wilson-Raybould’s refusal to intervene in the prosecution of the Montreal-based engineering firm.

The report disclosed for the first time that Mr. Trudeau met in early 2016 with SNC-Lavalin’s CEO Neil Bruce. Afterward, Mr. Trudeau asked one of his senior advisers, Mathieu Bouchard, to oversee the SNC-Lavalin file and look at laws in other countries that allow companies facing corruption charges to make deferred prosecution agreements (DPAs).

The government included an amendment to the Criminal Code to allow such remediation agreements in the 2018 budget bill, which was adopted later that year.

The director of public prosecutions decided not to negotiate an agreement with SNC-Lavalin. In her position as attorney-general, Ms. Wilson-Raybould repeatedly refused to overturn the decision.

“The authority of the Prime Minister and his office was used to circumvent, undermine and ultimately attempt to discredit the decision of the director of public prosecutions as well as the authority of Ms. Wilson-Raybould as the Crown’s chief law officer,” Mr. Dion’s report said.

In a statement, Ms. Wilson-Raybould called the report a “vindication of the independent role of the attorney-general and of the director of public prosecutions in criminal prosecutions." She also praised the Ethics Commissioner for not being distracted by “inaccurate information about the events or about me personally.”

At a news conference, Mr. Trudeau said he “can’t apologize for standing up for Canadian jobs” that were at stake because of SNC-Lavalin’s legal and financial problems.

He added he would not fire any officials involved in the efforts to overturn the SNC-Lavalin decision, saying the government has learned lessons from its failed efforts to protect the public interest while upholding prosecutorial independence.

“The buck stops with the Prime Minister,” Mr. Trudeau told reporters. “I assume responsibility for everything that happened in my office. This is important because I truly feel that what happened over the past year shouldn’t have happened.”

This is the second time the Ethics Commissioner has found Mr. Trudeau in contravention of the Conflict of Interest Act. In 2017, then-commissioner Mary Dawson concluded Mr. Trudeau broke ethics rules by accepting a free family vacation in the Bahamas on the island of the Aga Khan, the billionaire spiritual leader of the world’s Ismaili Muslims.

No penalty results from the two reports beyond negative headlines and public criticism.

While the Liberal Party took a large hit in public opinion after The Globe and Mail broke the SNC-Lavalin story in February, Mr. Trudeau’s team recovered some of its lost support in recent weeks.

Conservative Leader Andrew Scheer said the SNC-Lavalin affair – as well as the Prime Minister’s character and reliability – will be a key factor in the Oct. 21 election.

“His first violation [of the Conflict of Interest Act], for accepting a paid vacation on a luxury island from someone lobbying his government was shocking. This one is unforgivable,” Mr. Scheer said.

The Globe first reported on Feb. 7 that Ms. Wilson-Raybould had resisted pressure from the PMO to issue a directive to defer court proceedings against SNC-Lavalin in favour of a negotiated settlement. Mr. Trudeau initially dismissed this as “false,” but later acknowledged an “erosion of trust” between his staff and Ms. Wilson-Raybould.

The justice committee of the House held five meetings on the controversy. Ms. Wilson-Raybould testified on Feb. 28 after the government lifted constraints of solicitor-client privilege and cabinet confidences over a specific time frame.

“I experienced a consistent and sustained effort by many people within the government to seek to politically interfere in the exercise of prosecutorial discretion in my role as the attorney-general of Canada in an inappropriate effort to secure a deferred prosecution agreement with SNC-Lavalin,” she said at the time.

During Mr. Dion’s investigation, a lawyer acting for the Prime Minister argued that Ms. Wilson-Raybould’s view of events was tainted by anger over her demotion in January to minister of veterans affairs. She resigned from cabinet in February and was kicked out of the Liberal caucus in April along with Jane Philpott, who was president of the Treasury Board.

The PMO did not respond to questions on the identity of Mr. Trudeau’s lawyer.

In his report, Mr. Dion criticized the government for failing to waive the principle of cabinet confidence for all matters covered by his investigation, which limited the amount of information witnesses could provide during interviews and in the production of documents.

“I am convinced that if our office is to remain truly independent and fulfill its purpose, I must have unfettered access to all information that could be relevant to the exercise of my mandate,” the Ethics Commissioner wrote.

The report provides new details on interactions between senior PMO officials – mostly Mr. Bouchard and another lawyer, Elder Marques – and Ms. Wilson-Raybould and her top ministerial staffers over the possibility she would listen to external advice and reconsider her position. Other ministers and their staff, including Mr. Morneau and Mr. Brison, were involved in these efforts.

The report said that Mr. Prichard was part of a meeting last October in which Mr. Brison was informed of the situation facing SNC-Lavalin. Afterward, it said, Mr. Brison discussed the matter with Ms. Wilson-Raybould, but quickly understood he would not influence her decision.

Mr. Iacobucci also contacted the former chief justice of the Supreme Court, Beverley McLachlin, to see whether she could play a role in the matter.

Ms. Wilson-Raybould was told last year by PMO officials that hiring Ms. McLachlin was being contemplated, but it was the Ethics Commissioner who told her officials at SNC and in Ottawa had actually been in contact with the retired judge. Ms. McLachlin, who never worked for the federal government on the file, did not respond to a request for comment.

Mr. Dion also shines new light on a phone call on Dec. 19, 2018, between then-clerk of the privy council Michael Wernick and Ms. Wilson-Raybould, who taped the conversation.

According to the report, Mr. Wernick met that day with Mr. Trudeau before phoning Ms. Wilson-Raybould. Ms. Wilson-Raybould has said she saw the conversation as another attempt to force her to change her mind. Mr. Dion viewed the matter in a similar manner.

“Although the messenger had changed, the message remained the same: A solution was needed to prevent the economic consequences of SNC-Lavalin not entering into negotiations for a remediation agreement,” the report said.

In mid-March, Mr. Wernick tendered his resignation as Canada’s top bureaucrat after conceding he had lost the “trust and respect” of the opposition parties over his role in the SNC-Lavalin affair.

Over all, Mr. Dion said the Prime Minister might have had only a single interaction with Ms. Wilson-Raybould on the matter of SNC-Lavalin – a meeting in September – but he must take responsibility for the actions of his officials. Mr. Dion concluded the government violated the principles of the Shawcross Doctrine, which establishes the line between legitimate discussion and interference in the role of an attorney-general.

“[The] evidence abundantly shows that Mr. Trudeau knowingly sought to influence Ms. Wilson-Raybould both directly and through the actions of his agents,” the report said.

With a report from Matthew Lapierre 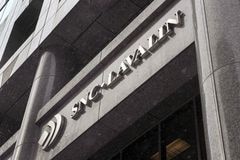 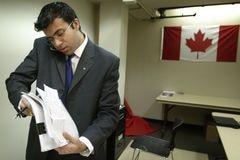 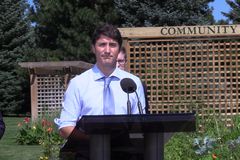 Follow Daniel Leblanc and Kathryn Blaze Baum on Twitter @danlebla @KBlazeBaum
Report an error Editorial code of conduct
Due to technical reasons, we have temporarily removed commenting from our articles. We hope to have this fixed soon. Thank you for your patience. If you are looking to give feedback on our new site, please send it along to feedback@globeandmail.com. If you want to write a letter to the editor, please forward to letters@globeandmail.com.
Comments