A federal Liberal Party strategist in Victoria once described himself as “the head of operations for the SCL Group,” a company associated with a consultancy now at the centre of a global controversy over the misuse of Facebook data.

Ray Larson is also an associate of Christopher Wylie, who alleged late last week that a company he spun out of the SCL Group, Cambridge Analytica, surreptitiously obtained personal information on 50 million users of the social-media giant.

This week, opposition MPs seized on Mr. Wylie’s ties to the federal Liberal Party after news reports that said the 28-year-old former volunteer and researcher signed a $100,000 contract in 2016 to do social-media consulting for the party.

Insiders in the federal Liberal Party in British Columbia describe Mr. Larson as an early adopter of modern-day campaigning techniques that are believed to have helped the Liberals form a majority government.

Parliamentarians and privacy commissioners are taking a keen interest in the activities of Cambridge Analytica and the SCL Group and whether they have any ties to Canada.

Mr. Larson is not known to have been involved with Cambridge Analytica. But he did once tout his work for SCL, according to a December, 2014, statement that The Globe and Mail found on a cached version of Mr. Larson’s website.

“My name is Ray Larson. I’m the Secretary for the Liberal Party of Canada in B.C. (LPCBC), a microtargeting expert, political strategist, the Head of the Operations for the SCL Group,” it reads.

In another cached 2014 post, Mr. Larson wrote: “I’m a pioneer in the application of predictive analytics for business and citizen engagement; recently managing projects in tens of millions of US dollars.” (He didn’t name the SCL Group.)

Mr. Larson’s precise role in the company is not clear. No explicit reference to the SCL Group appears in his résumé on LinkedIn. A Globe and Mail corporate search found more than 20 companies with SCL Group or Cambridge Analytica branding, mostly in Britain, and it’s not clear which one he worked for. Media reports suggest the SCL Group often imposes non-disclosure agreements on its employees and contractors.

The résumé says he worked with a British company known as White Hat Analytics from 2014 to 2017. A report in Buzzfeed based partly on anonymous sources suggested this week that that company was started by former SCL Group employees. But messages The Globe left with White Hat were not returned.

In May of 2017, Mr. Larson got a job with the B.C. government. He now does “business intelligence and data quality” for the province’s Ministry of Social Development.

The Globe contacted Mr. Larson at that office early this week. Asked in a short exchange about Mr. Wylie, he said: “I don’t really know him very well.” Reached via Facebook on Friday afternoon, Mr. Larson said he had nothing to add.

His social-media sites indicate he has been a volunteer strategist for the federal Liberal Party in British Columbia for well over a decade. Party insiders say Mr. Larson and Mr. Wylie, who is also from Victoria and volunteered for the party when he was a teenager, were young Turks who often moved in the same circles.

Paul McKivett, a prominent Liberal in B.C., said the tandem arrived to the party young and were energized by techniques Democrats used in the 2008 U.S. presidential election. He added that Mr. Larson and Mr. Wylie appeared to keep in touch.

“Through Ray Larson, we kept track of his [Mr. Wylie’s] adventures,” Mr. McKivett said. “Then Ray went off – I’m not sure what they were doing, but they were learning things.”

In response to questions from The Globe on Friday, the federal party issued a statement describing him “as a former volunteer on the Party’s B.C. Executive.” The statement added that the Liberals have “not contracted SCL Group for any services at any point in time.”

According to his online résumé, between 2007 and 2016, Mr. Larson served the party in Victoria-area riding associations before becoming a secretary for the provincial headquarters.

With reports from Paul Waldie, Stephanie Chambers and Rick Cash 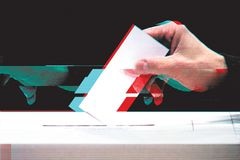 analysis
What is the science behind the Cambridge Analytica scandal?
March 28, 2018 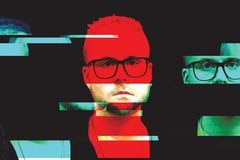 Follow Colin Freeze, Justine Hunter, Sunny Dhillon and Bill Curry on Twitter @colinfreeze @justine_hunter @TheSunnyDhillon @curryb
Report an error Editorial code of conduct
Due to technical reasons, we have temporarily removed commenting from our articles. We hope to have this fixed soon. Thank you for your patience. If you are looking to give feedback on our new site, please send it along to feedback@globeandmail.com. If you want to write a letter to the editor, please forward to letters@globeandmail.com.
Comments are closed