Experts say there are legitimate reasons to be concerned about whether China is concealing the full impact of COVID-19 and that federal Health Minister Patty Hajdu is wrong to dismiss this question as conspiracy theory, particularly since U.S. intelligence is reportedly warning the American government of this.

Ms. Hajdu this week accused a journalist of fuelling conspiracy theories after they asked at a daily Ottawa media briefing whether she trusts China’s statistics and how Canada can be assured it has accurate pandemic modelling if Beijing has been lowballing its data.

These questions arise because of reports from media outlets in the United States that American intelligence has been warning the White House of inaccurate reporting from Beijing. The New York Times, noting China has reported about six novel coronavirus cases per 100,000 people, well below the rates in Italy, Spain and the United States, published a story this week saying the Central Intelligence Agency is cautioning the U.S. government that China has vastly understated infections.

Wesley Wark, a national security policy expert who teaches at the University of Ottawa, said he was surprised by the assertiveness of Ms. Hajdu’s response when she told a journalist asking about this matter Thursday that “your question is feeding into conspiracy theories that many people have been perpetuating on the internet.”

Prof. Wark said he believes there has been a failure in Canada of early-warning surveillance on the virus that causes COVID-19. He said this impaired the federal government’s ability to respond effectively this year and still hampers its ability to properly assess open-source information on the impact of COVID-19. This includes data from the World Health Organization, which is based in part on infection reporting from China.

Prof. Wark said in his opinion it’s indisputable that China imposed a political clampdown after the coronavirus outbreak began there in late 2019 and this delayed other countries from receiving vital information on the severity of crisis. He said if the U.S. intelligence community is now saying there is continuing suppression of the scale of the damage in China, it should be weighed carefully because the Americans have the only system in the world with a real capacity to independently collect intelligence in that country.

Trudeau warns U.S. over restricting the trade of essential goods into Canada

”It behooves everybody, including Canadian authorities at the ministerial level to say, ‘We need to pay attention to that and we don’t dismiss it as a conspiracy theory.‘ ”

Asked Friday what evidence she possessed that made her confident in dismissing questions about China’s infection rates, Ms. Hajdu did not directly answer. She said information Canada is receiving from the WHO “is credible evidence and is actually very closely modelling what we’re experiencing in Canada.”

Ms. Hajdu said when it comes to comparing how the disease manifests in different countries, Canada “has every confidence in the work that the organization is conducting to provide the best evidence possible.“

Prof. Wark said Canada needs a better pandemic security intelligence capability to verify and supplement the information this country is receiving from the WHO. “We need an ability to double check that information.“

China has rejected allegations it is concealing the scale of the COVID-19 disaster there.

Richard Fadden, a former national security adviser who once headed the Canadian Security Intelligence Service, said he’s not sure what China would gain by playing down infection rates. He said it’s likely that China, which is still a developing country in many regions, is facing a challenge that many developing countries do in properly amassing data.

Guy Saint-Jacques, a former Canadian ambassador to China who spent 13 years there in different postings, said there is reason to be concerned about China’s COVID-19 infection numbers. He said Beijing has a record of reporting flawed statistics. “You cannot rely on their official figures for economic growth,“ he noted.

He said Chinese leadership has been under pressure to “save face“ after public anger about mismanagement of the crisis. “I have seen many instances where they wouldn’t hesitate to lie to make the regime look good, and in this case what is at stake is the survival of the Communist Party of China.”

He said, however, that increasing amounts of data the WHO is getting from countries such as Italy, Spain and Britain should help Canada with accurate modelling information.

Wenran Jiang, an adjunct professor with the University of British Columbia’s school of public policy and global affairs, said he doesn’t believe China is concealing infection and death rates, and said Beijing has outperformed Washington in how it has handled the virus. “Despite the regime differences, I would think the Chinese are doing a much better job than Trump.”

Investors look to China for a glimpse of life after coronavirus
April 5, 2020 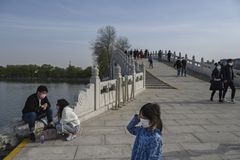 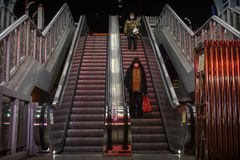 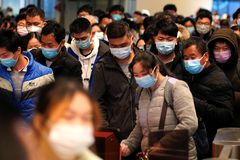