The British Columbia judge who heads the national inquiry into missing and murdered Indigenous women says she does not believe the violence has diminished over the course of her two-and-a-half year investigation. First Nations, Inuit and Métis women are still being killed in disproportionate numbers and many are still vanishing without a trace.

But as she prepares to release her commission’s final report, Marion Buller, a provincial court judge, told The Globe and Mail in a telephone interview Wednesday that she hopes the scrutiny the inquiry has drawn to the issue will force federal, provincial, territorial and Indigenous governments to act upon her recommendations.

And on a smaller scale, Justice Buller said many of those who appeared before the commission to tell their stories of loss or brutality report that the experience brought positive momentum to their lives.

The commission, which officially began in September, 2016, after years of lobbying by Indigenous groups and others, has had its difficulties.

It took a long time to hear its first witness. Some of the families of missing and murdered women withdrew their support, saying there was a lack of communication and insufficient ceremonial protocols. Justice Buller herself said the inquiry was hampered by federal bureaucracy. And a two-year extension she requested from the government was denied.

In addition, some of those who lost loved ones were disappointed in the limited scope of the government-prescribed mandate to uncover the systemic issues that cause Indigenous women and girls to become victims of crime.

Dawn Harvard, the president of the Ontario Native Women’s Association, said many families wanted an inquiry that would force police to reopen investigations of cold cases. “We are hopeful for the report and that it will do what it set out to do,” Ms. Harvard said. “But I think, from the beginning, there was disappointment that those particular issues were not included.”

In their interim report released in late 2017, the commissioners recommended the creation of a national police task force to which the inquiry could refer cases. The government, Justice Buller said, did not respond to that request even though “it was in direct response to what we heard over and over again from families and survivors.”

That aside, Justice Buller said she is proud of the report that will land on Monday at a ceremony at the Canadian Museum of History in Gatineau, and of the work done by the commissioners, the inquiry team and the many witnesses.

“This has turned into an international discussion and there are organizations and countries outside of Canada who are waiting for our report. And their eyes are going to be on the governments,” she said, "to see what, if anything, they are going to do. So there will be pressure, not only from inside Canada but from outside Canada as well.”

The commissioners said last December they had uncovered more than 100 systemic causes for the murders and disappearances of Indigenous women.

Justice Buller would not reveal what the inquiry will recommend to combat that. But she told a Senate committee two weeks ago she believes criminal law should be changed to make the killing of an Indigenous women a matter of first-degree murder.

“We heard from people all across Canada is that their perception is that, when someone is sentenced for an offence against an Indigenous women, that the sentence is more lenient than had the woman not been Indigenous," she said. “And the statistics are starting to show that that perception is correct.”

When the inquiry first started, Justice Buller said, the scope of the problem of violence against Indigenous women was apparent. But, over the past two and half years, she said “this work really has changed my personal outlook on the issue. It’s far greater than I thought.”

Almost every person who told the story of a lost mother, sister or daughter also talked about a female neighbour or a cousin who had been killed or had gone missing.

“There are stories you can’t unhear,” she said.

But the families and survivors who spoke at hearings are really starting to rewrite Canadian history, Justice Buller said. They are changing perceptions “about what Indigenous women and girls and [two-spirited] people face as daily challenges ... that other parts of the population don’t face, and don’t even expect to.” 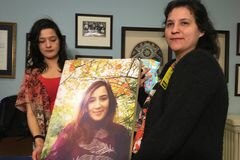 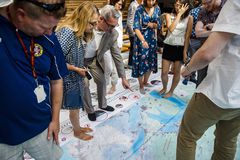 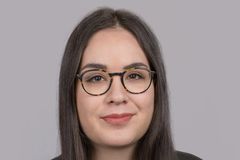