Facebook is making it easier for speakers of Inuit languages to connect with one another electronically by allowing its interface to be translated into Inuktut, the closely linked languages of the North.

Starting today, the Inuit will be able to use Facebook’s translation application to spell, with Roman letters, words such as “home,” “messenger,” “marketplace” and “photo album” that guide users around the social network.

Other speakers of Inuit languages will be asked to vote on the translation with a thumbs up or a thumbs down and, once a translation has received sufficient endorsement, it will become the official Inuktut translation on Facebook.

Kevin Chan, the head of public policy at Facebook Canada, said the network held a recent round table with Indigenous leaders from across Canada, including Aluki Kotierk, the president of Nunavut Tunngavik Incorporated (NTI) – the legal representative of the Inuit in treaty negotiations.

“One of the key pieces of feedback from the people we brought together was that language is very important, as is the ability to interface with Facebook in their own language,” Mr. Chan said in a recent telephone interview. Ms. Kotierk, he said, was among those who was “particularly vocal” about that issue.

Data from the 2016 census show that two thirds of Inuit speak Inuktut, the term for all Inuit language including Inuktitut, Inuinnaqtun and Inuvialuktun. And more than half of Inuit children under the age of 14 consider Inuktut to be their mother tongue.

Ms. Kotierk said Facebook is being a “trailblazer” in giving the Inuit another forum in which they can communicate in their own language.

“I think there’s a psychological impact of always having to speak something that’s not your mother tongue,” she said in a telephone interview. “You’re always getting the message that your language is not quite at par with French or not quite at par with English. So it’s crucially important that Inuit who speak Inuktut are able to use Inuktut in any aspect of their lives, whether it’s public sector or private sector.”

Internet speeds can be slow across the Arctic, a concern that is expected to be ameliorated as the federal government spends more than $84-million to improve high-speed access in all three territories.

But, “despite our broadband issues in Nunavut, many Inuit have social-media accounts, and Facebook is a platform that is used quite regularly,” Ms. Kotierk said. “It’s very expensive to travel to any of our fly-in communities so it’s a way in which we can stay connected with our families.”

Mr. Chan said he and his team, over the past few years, have become aware that Canada’s Indigenous people in remote communities, including the North, use social media in ways that are different from urban Canadians and, in many cases, rely on it as an essential tool of communication.

“Facebook’s mission is to build community and to connect people,” Mr. Chan said. “We want to make sure that people have a meaningful way to do that. Language is one of the key things for connection.”

The Facebook translation project is being conducted in partnership with NTI, as well as Inuit Uqausinginnik Taiguusiliuqtiit, the Nunavut language authority.

Ms. Kotierk said the translation will help preserve Inuktut for future generations. Even though the majority of Inuit speak Inuktut, its reach is declining by 1 per cent a year and the working language of government and in stores is English.

“I think it’s so important that, as Inuit, as Inuit speakers in our homeland, we’re able to see Inuktut everywhere,” she said. “It’s crucially important that there’s spaces to ensure that we get to a point where our language is thriving again.” 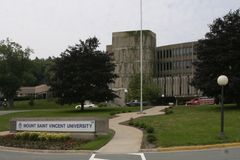