Facebook Canada is launching a new searchable advertising database Monday that will provide a detailed look at how much money political parties and interest groups are spending on Facebook and Instagram to reach target audiences in the run-up to the 2019 election.

It is also announcing new steps that advertisers will have to go through in order to confirm their identity and prove they are based in Canada.

The new ad “library” is part of the company’s response to Bill C-76, the sweeping update to Canada’s federal election laws that was passed by Parliament in December.

Among the bill’s many new requirements, major websites that accept political advertising must also produce an online registry of all ads. The law also bans foreign entities from spending money in Canada on political activities, such as advertising.

The goal of the changes is to prevent foreign interference in the Canadian election, while also increasing transparency as to how groups and political parties microtarget potential voters. While traditional media advertising – such as television and radio ads – are accessible to all, online advertising has previously allowed political parties and interest groups to target their ads so that they are received only by certain demographics.

Canada’s national cybersecurity agency – the Communications Security Establishment – warned in April that it is “very likely” Canadian voters will encounter foreign cyber influence before and during the fall federal election.

The new Facebook Canada library is modelled on one that was previously used for the 2018 U.S. midterms.

The online tool will reveal how much money parties, groups or individuals are spending on ads about social issues, politics or elections. It will also provide a demographic breakdown describing who viewed the ads.

Facebook allows advertisers to direct their message at target audiences based on detailed criteria, such as age, city or whether people have expressed interest in particular topics. The new Facebook tool will not show the specific criteria that the advertisers selected to target and the demographic breakdown of the audience that viewed each ad will not be as detailed. For instance, the new public information will show who viewed an ad by province, but not by city.

Sarah Schiff, a California-based product manager for Facebook, said the company decided that it was more useful to disclose who viewed the ad as opposed to who the advertiser targeted, but she added that the company is open to feedback and to providing more detail in the future.

“We believe it’s very valuable to share who was actually reached along the lines of age, gender and location, down to the province level,” said Ms. Schiff, who provided The Globe and Mail with an advance briefing on the announcement, along with Kevin Chan, Facebook Canada’s head of public policy.

“This is not an easy undertaking,” Mr. Chan said. “The technical requirements to even get to the level [of detail] that we’re talking about is not trivial.”

Adopting a practice used during the U.S. midterms, groups wishing to register with Facebook as advertisers will need to provide government-issued ID and a Canadian mailing address. An access code will be sent to them in the mail as an additional way of confirming that the advertiser is based in Canada. The purchasing of political ads targeting Canadians must be in Canadian currency.

Social-media giants are under intense pressure from governments around the world as politicians debate whether to significantly increase regulation of the platforms. The companies are facing scrutiny in terms of market dominance, taxation policy, privacy protection and the role they play during elections.

Google Canada has said it will not accept any political advertising in the run-up to the 2019 election campaign because complying with the new ad registry requirements in Bill C-76 would be too challenging.

Earlier this month, The Globe announced that it is taking over a global project that monitors and catalogues political advertising on Facebook.

The Facebook Political Ad Collector is a crowdsourcing project that produces more detail on the audiences targeted by advertisers than what Facebook Canada is currently planning to disclose.

Facebook officials said their new library will be more comprehensive than the ad collector tool because it will include all Canadian ads, not just those collected through crowdsourcing. The officials also said they are reviewing the tool to determine whether it complies with Facebook’s policies.

Facebook won’t allow its apps to be pre-installed on Huawei devices
June 7, 2019 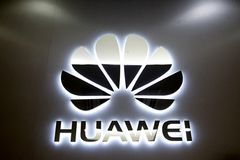 Facebook could be ordered to track down and delete all duplicates of illegal posts
June 4, 2019 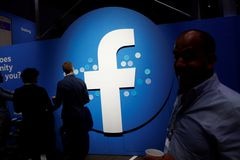 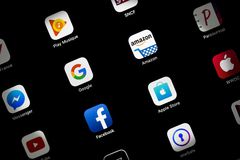