Ottawa unveiled a 1-per-cent vacant home tax for foreign owners and an additional $2.5-billion to build affordable housing, measures that will increase housing supply but do little to moderate the country’s overheated real estate market.

Under the federal government’s budget plan, the tax will be levied on foreigners if their Canadian properties are deemed “unproductive.” The tax is designed to ensure non-Canadians either rent or sell their property instead of using it to “passively store their wealth in housing,” according to budget documents.

“It signals that the government is uncomfortable with this kind of investment. It is trying to do what it can to dampen speculation in the market,” said Douglas Porter, chief economist with Bank of Montreal, adding the tax would not have that much effect on the broader market.

A housing boom during the pandemic has been mostly driven by domestic demand, according to realtors, with low mortgage rates and requirements to work from home pushing buyers toward bigger properties. In Ontario’s suburbs and smaller cities, home values have jumped by more than 30 per cent since the start of the crisis with some areas seeing house prices jump by at least $100,000 in three months. Parts of the Maritimes, Quebec, British Columbia and the Prairies are also seeing extreme price increases.

Mr. Porter and other economists have called on policy makers to slow runaway home prices, sales activity and mortgage debt accumulation. The budget was not expected to set out sweeping housing reforms or cooling measures.

The federal tax, planned to go into effect January, 2022, imposes an annual 1-per-cent tax on the value of residential real estate that is considered to be “unproductive use of Canadian housing,” and owned by non-resident non-Canadians.

Foreign owners would be required to file a declaration of the current use for the property and would face significant penalties if they failed to do so. Ottawa plans to soon provide more detail, including definitions of residential property and what is considered an unproductive use of housing. A Finance Department official would not say whether using properties for short-term rentals such as Airbnb falls in the realm of “unproductive use.”

Realtors have said the annual 1-per-cent tax will not likely push foreign homeowners to rent or sell their houses. Foreign purchasers of residential real estate already pay hefty taxes in the Vancouver and Toronto regions, the country’s two priciest markets. However, Jamie Golombek, CIBC’s managing director of taxation, said if the tax provides extra motivation for non residents to rent their properties, “it would certainly help.”

A shortage of properties has driven up home resale prices and rental rates, while hurting affordability across the spectrum. The budget does not address Canadian homeowners with second properties such as a cottage, which are often vacant for months. The plan appears similar to one enacted by Vancouver, although the city’s policies apply to domestic homeowners as well.

The budget reallocates $300-million from one of Ottawa’s construction programs to renovating empty office space into housing. Work-from-home mandates and business losses have sent Canada’s office vacancy rate to the highest level since the early 2000s, when businesses gave up their offices after the dot-com bust. A Finance Department official would not say where these conversions would take place. But the hardest hit office market is in Calgary, where the vacancy rate is more than 30 per cent.

The budget also makes it easier for buyers to get a tax rebate on the purchase of a new home, but the price of a house is capped at $450,000, which excludes most of the Toronto and Vancouver regions.

Earlier this month, Canada’s bank regulator announced plans to make it harder for borrowers to qualify for an uninsured mortgage.

“These are not insignificant measures,” Mr. Porter said. “I just don’t believe that stacked up against the tidal wave of demand that they can make much of a dent.” 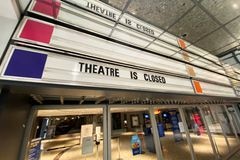 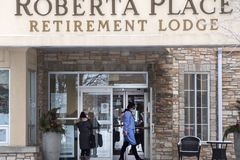 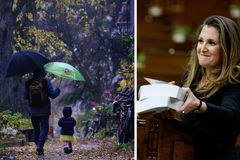