The former head of Canada’s COVID-19 vaccine rollout will get an expedited hearing in his bid to get his job back while he faces an unresolved allegation of sexual misconduct dating back more than 30 years, the Federal Court decided on Wednesday.

Prothonotary Mandy Aylen also ordered the government to release documents related to Major-General Dany Fortin’s termination to the court and to the applicant’s legal team by Friday. The documents were due on July 5.

Canadians should know the specifics of why Maj.-Gen. Dany Fortin is off the job

Maj.-Gen. Fortin filed an application for a judicial review of his dismissal in June, requesting his removal be quashed. Under normal timelines for such a case, the hearing would be scheduled in early 2022. However, the court agreed to move it to the week of Oct. 4.

The change means preliminary disclosures in the case connected to one of the government’s most contentious files could play out during a federal election campaign. Prime Minister Justin Trudeau is expected to ask the Governor-General to dissolve Parliament next month for a vote in September.

By expediting the case, the Federal Court is keeping the option open for Maj.-Gen. Fortin to return to the role of vice-president of logistics and operations at the Public Health Agency of Canada (PHAC) if he wins the legal challenge. A regularly scheduled hearing would have come after his secondment to the health agency was set to expire at the end of October.

“He’s very pleased that the court agrees that there’s urgency in his application,” Maj.-Gen. Fortin’s lawyer Natalia Rodriguez told The Globe and Mail on Wednesday.

“He obviously is looking for the quickest disposition of his case, the quickest resolution to his application because he wants to be vindicated.”

Maj.-Gen. Fortin was terminated from his post in May. Ms. Rodriguez said he has been unassigned with the military since then. At the time, the government cited an unspecified military investigation for his departure. The following week, the Canadian Armed Forces said an allegation of sexual misconduct had been referred to the Quebec prosecution service.

In a sworn affidavit that has not yet been filed with the court, Maj.-Gen. Fortin said he was informed by a military police investigator on April 19 that he was being investigated for one instance of sexual misconduct. He said the investigator shared the name of the complainant and said the misconduct “was alleged to have occurred more than 30 years ago.”

The government has not released the details of the allegation against Maj.-Gen. Fortin. Ms. Rodriguez said he categorically denies what has been reported by other news outlets, which The Globe has not independently verified. The details are known to only a few senior officials. On Wednesday, the Quebec prosecution service said no decision has been made on whether to lay charges. Spokesperson Audrey Roy Cloutier said the matter is still under review.

In the application for a judicial review of his dismissal, Maj.-Gen. Fortin cited “procedural unfairness” and “improper political interference” by Health Minister Patty Hajdu, Defence Minister Harjit Sajjan, the Clerk of the Privy Council and the Prime Minister.

In his affidavit, Maj.-Gen. Fortin said Iain Stewart, president of the Public Health Agency, told him on May 13 that Ms. Hajdu and Mr. Sajjan “wanted to remove me” from the vaccine rollout. That evening, Maj.-Gen. Fortin said, acting chief of the defence staff Lieutenant-General Wayne Eyre told him “the ‘political calculus’ had changed and that the [Privy Council Office] had said I would have to be removed.”

At a Monday case-management meeting, federal lawyers argued against expediting the hearing and called for the court to hear its motion to dismiss the case before going ahead with the judicial review. The court also rejected that request.

Government spokesperson Daniel Minden said in a brief statement: “It would be inappropriate for us to comment at this time.”

At the Monday meeting, federal lawyer Elizabeth Richards said the government would object to the release of some of the documents requested by Maj.-Gen. Fortin’s legal team. The Globe asked the government on Wednesday which documents it would object to releasing, but did not receive a response. Ms. Richards directed questions to the Justice Department, which referred them to the Canadian Armed Forces.

The Forces said it needed more time to respond, but confirmed it will meet the Friday deadline.

Ms. Rodriguez said on Wednesday that Maj.-Gen. Fortin is “completely in limbo” and, despite being removed in May, has yet to receive any documentation to explain, or confirm, his termination. The application for a review says Maj.-Gen. Fortin’s legal team is requesting “the full record of all material” that Mr. Trudeau, Ms. Hajdu, Mr. Sajjan and the Clerk of the Privy Council had on the matter when the decision about the dismissal was made.

She said the delay providing the records is “another indication of the lack of openness and transparency.”

In his affidavit, Maj.-Gen. Fortin said his reputation has been “irreparably tarnished” by the government’s decision to publicize the investigation into the allegation against him. 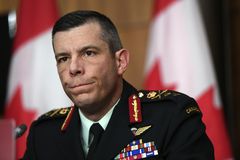 Trudeau alerted weeks ago of misconduct allegation against Fortin, former head of COVID-19 vaccine rollout
May 19, 2021 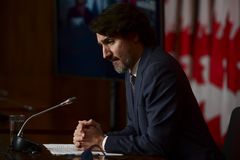 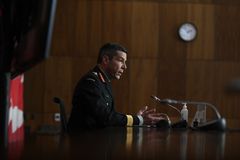