The Liberals’ strong minority will afford some stability, at least in the short term, but the government will have to navigate its policies through a divided Parliament and find creative ways to bring Western Canada into the fold, political scientists say.

Canadians should expect the new Parliament to sound – and behave – quite differently from that of the previous four years, when Justin Trudeau enjoyed majority rule. Political observers say the Liberals are likely to find a natural and informal ally in the NDP rather than seek a formal coalition with the party or secure a confidence-and-supply agreement, in which the NDP would agree to support the government through confidence votes for a set period of time in exchange for certain policy concessions.

“Trudeau will have to be sensitive to what the opposition parties will be looking for, but it’s in the interest of no one in Parliament to force a quick election,” said University of Moncton professor Donald Savoie, the Canada research chair in public administration and governance. “Everybody will make this work for at least two years.”

Mr. Trudeau’s minority is not razor thin. After an acrimonious five-week campaign, Canadians gave the Liberals 157 of the 338 seats up for grabs Monday, shy of the 170 needed for a majority. But with the Conservatives taking 121 seats, the resurgent Bloc Québécois claiming 32 under the leadership of Yves-François Blanchet, the NDP dropping to 24 under Jagmeet Singh, the Greens increasing to three under Elizabeth May and Jody Wilson-Raybould elected as the sole Independent, the Liberals have some breathing room.

“Despite losing the popular vote, Trudeau may well think he’s got a handsome mandate,” Prof. Savoie said. “His government is much less insecure than it would have been had he only won a plurality of four or five seats more than the Conservatives.”

Minority governments are not uncommon in Canada; the previous 20 federal elections produced nine of them. Most recently, Stephen Harper led a Conservative minority government from 2006 to 2011. The Conservatives agreed to neither a coalition, in which a smaller party offers its support to get representation in cabinet, nor a confidence-and-supply agreement. Instead, Mr. Harper’s government survived confidence votes based on case-by-case arrangements. “Minority governments often find their culture and form in the actual mechanics of governing,” University of Alberta constitutional law professor Eric Adams said.

In the case of Mr. Trudeau’s newly elected government, Acadia University political scientist Erin Crandall said she expects the NDP, Bloc and Greens to press the Liberals on climate action, for instance. “I think we’ll see more discussion on climate change in this Parliament than we would have under a Conservative minority or Liberal majority,” she said.

Trudeau’s Liberals have a minority government. What now? A post-election guide

Then there is the matter of a national pharmacare program, a single-payer system in which many drugs would be virtually free for all Canadians. Mr. Singh listed pharmacare as among the party’s urgent priorities and the Liberals also included it in their platform – albeit without a timeline or concrete price tag. “It’s probably a policy area where [the NDP] suspect they can get buy-in from the Liberals,” Prof. Adams said. He also pointed to the reduction of cellphone bills as a common policy objective for the two parties.

Where the NDP and the Liberals diverge, however, is on the Trans Mountain pipeline expansion. To the frustration of the NDP and environmentalists broadly, the Liberals purchased the pipeline system for $4.5-billion and then pushed to get it reapproved after a court challenged the National Energy Board. On this, the Liberals can count on the support of the Conservatives, who also want the expansion to move forward – and at a quicker pace.

The Liberals were shut out of Alberta and Saskatchewan, underscoring that Canada is a country split along regional lines. “If Westerners are already feeling alienated, this could be a Parliament that further aggravates that," Prof. Crandall said. Typically, the various regions have representation in cabinet, but without a single MP from those Prairie provinces, Mr. Trudeau might look to the Senate for a regional minister to bring into the fold.

Another challenge will be at the committee level. House of Commons committee seats reflect the breakdown of Parliament, so while the Liberals held majorities on committees over the past four years, the opposition parties will collectively hold the balance of power now.

Practically speaking, this could have serious consequences for a sitting minority government. Take, for example, the SNC-Lavalin affair, which was the subject of a justice committee probe this year. Had the controversy erupted in a minority setting, the Liberals would not have had the votes to unilaterally shut down the damaging hearings or stop an opposition bid to have the Ethics Commissioner testify on his finding that Mr. Trudeau violated conflict-of-interest rules.

Prof. Adams noted that under Mr. Harper’s minority government, the Conservatives refused to obey a motion – backed by all the opposition parties – that called for the release of confidential records on Afghan detainees. The committee was dissolved when Mr. Harper decided to prorogue Parliament, for the second time, in late 2009. The Liberals slammed the prorogation as a politically opportunistic way to avoid scrutiny.

Mr. Harper was also criticized for relying on omnibus budget bills, which package a number of measures into one sweeping piece of legislation, as a way to push policies through a divided Parliament. Prof. Crandall said that while the Liberals passed omnibus legislation when they held a majority, they are even more likely to view the political tool as valuable now that they are in a minority situation.

Budgets are matters of confidence, so if an economic plan is voted down, the government falls. Omnibus budget bills, then, can sometimes be viewed as a dare to the opposition, Prof. Adams said. He said he does not believe another election is imminent, but if history is instructive, an election is likely to be called within the next two years. 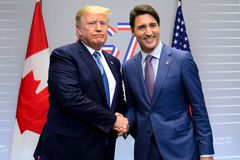 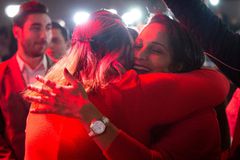 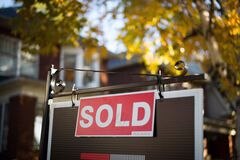