It is also warning the Trudeau government that a moratorium on approving exports of this sort is further damaging already depressed trade relations with the kingdom.

The department is also advising Ottawa that 48 export permits are ready to be signed if the government lifts the moratorium. “Those permits have been deemed ready for approval by officials and await your further consideration.”

An arms control advocate says this effort by civil servants within Global Affairs appears to pave the way for Ottawa to scale back its year-old moratorium on sales of new military goods to Saudi Arabia.

“It looks like they are laying the groundwork for a return-to-business as usual when it comes to selling military goods and other controlled goods to a pariah regime,” said Cesar Jaramillo, executive director of Project Ploughshares, an arms control advocacy group.

The memo, addressed to then-foreign affairs minister Chrystia Freeland and then-international trade minister Jim Carr, and written just shortly after the 2019 election campaign got under way, says Canada-Saudi trade has taken a major hit since relations between the two countries soured dramatically in the summer of 2018.

“Engagement by departmental officials with 20 companies that have a history of exporting to the Kingdom of Saudi Arabia [KSA] suggests that approximately $2-billion in trade has been affected since August, 2018,” the memo tells Ms. Freeland.

“The open-ended nature of Canada’s moratorium on new export permits, and the lack of identified conditions that would allow permits to resume, present a high commercial risk for Canadian companies,” it added.

In the fall of 2018, after news broke that the Saudi government had ordered the murder of dissident journalist Jamal Khashoggi, the Trudeau government announced a review of all Canada’s existing arms sales to Saudi Arabia.

It also put a moratorium on new export permits for shipments of controlled goods destined for Saudi Arabia. These measures came as Riyadh was facing mounting condemnation for the costly war it is waging in neighbouring Yemen.

Controlled goods include weapons, military goods or items such as software that have military uses and which cannot be exported from Canada without a permit. The moratorium did not affect exports of combat vehicles that are part of a $15-billion deal brokered by the Canadian government to sell machines manufactured in London, Ont.

Canadian-made combat machines, often referred to as light armoured vehicles (LAVs), have been repeatedly captured on video and in photos as the Saudis fight with Houthi rebels from across the Saudi-Yemen border.

The Department of Global Affairs said this is immaterial because those are from earlier export deals, not the existing $15-billion agreement. “Any Canadian-made vehicles on the KSA-Yemen border are not the LAVs currently being exported … but older vehicles that were shipped under contracts dating back to the early 1990s.” Further, it says, nobody has proven these Canadian machines are crossing into Yemen or being used to commit war crimes. “There is no evidence or credible reporting that would link any Canadian exports (e.g. ground vehicles, sniper rifles) to contraventions of international humanitarian law in Yemen.”

The senior civil servants writing the memo remind Ms. Freeland that her tweeted support for jailed dissidents in Saudi Arabia triggered a falling-out and led to the kingdom cancelling business and investment with Canada.

“The expulsion of Canada’s ambassador … by the Saudi government and Saudi trade and investment restrictions on Canada (precipitated by [Saudi] reaction to your support for detained human rights advocates in Saudi Arabia), the Khashoggi killing, and the actions of [Saudi]-led coalition in the Yemeni conflict, have contributed significantly to this deterioration,” the memo said.

One area where the Saudis have not cancelled all business deals with Canada is the defence sector, the memo says. But the moratorium on export of controlled goods is thwarting this trade, the civil servants said. “Stakeholders have argued that other measures, such as targeted sanctions, would be more appropriate in achieving a foreign policy objective,” they argue.

In late 2018, after the Khashoggi killing, Prime Minister Justin Trudeau talked publicly about trying to find a way to to end shipments of armoured vehicles to Saudi Arabia. 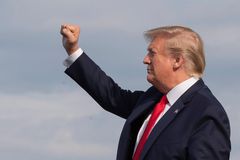 Advocates urge Ottawa to cease sales of military goods to Saudi Arabia amid growing backlash against war in Yemen
June 20, 2019 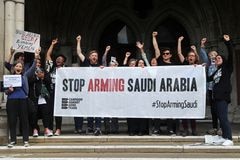 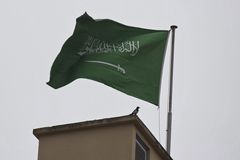