The Trudeau government ended its month-long silence over Senate amendments to its access-to-information bill, announcing Wednesday that it will reject some of the most significant changes made by the Red Chamber.

Bill C-58 represents the first major update to Canada’s access-to-information laws since the regime was first introduced in 1983.

The legislation changes the law to give the Access to Information Commissioner new powers to order the release of documents and to examine records that had previously been off-limits to the watchdog’s office.

However, senators concluded those new powers were relatively weak and amended the bill to allow the commissioner to have a ruling certified by the Federal Court of Canada in the event that a department ignores the commissioner.

After a review by cabinet, Treasury Board President Joyce Murray announced Wednesday that the government rejected that change. The government is also opposing an amendment that would have banned the use of code words to describe individuals or government entities. The government’s position is that it would amount to criminalizing the use of acronyms.

Ms. Murray told The Globe and Mail that she hopes Parliament passes the legislation before the summer recess.

“The Access to Information Act was put in place before we even had a worldwide web. So, this is a very old piece of legislation and it’s been complex to bring it in to the present time,” she said. “Altogether, this is a big improvement over what we had and we’re committed to having a full review of it within one year of it coming into force, so this is a great next step.”

Independent senator André Pratte, who sponsored the amendment to give the Federal Court a role in the order-making process, said he viewed that change as the biggest improvement the Senate had made.

He said most provincial access-to-information commissioners have the power to issue binding orders and the Liberal Party promised in 2015 to extend those same powers federally.

“My conclusion is that the electoral promise of giving the commissioner binding order powers has not been kept,” Mr. Pratte said in an e-mail.

The current law allows Canadians to access copies of internal government documents for a $5 fee, although responses are often heavily redacted because it gives officials a long list of potential reasons for blocking the release of information.

Bill C-58 has been heavily criticized for failing to address those main criticisms. Since it was introduced in June, 2017, the bill has been amended by the House of Commons and then further changes were approved by the Senate, which sent the bill back to the House in early May.

Another key element of the bill is the creation of a new “pro-active disclosure” regime in which government departments will voluntarily release frequently requested documents, such as briefing books for new ministers and the expenses of members of Parliament, senators and courts.

The original bill indicated that this process would be beyond the scope of review by the Access to Information Commissioner. The Senate amended the bill to give the commissioner oversight of the pro-active disclosure process. The government announced Wednesday that it rejects that change, because it could potentially infringe on parliamentary privilege and judicial independence.

In response to concerns from judges, senators amended the bill so that only high-level court expenses will be disclosed. Federal Justice Minister David Lametti had warned senators that such financial information would be “almost meaningless” if it wasn’t connected to individual judges, but the government ultimately accepted that change.

The House of Commons must now vote on the cabinet’s response to the Senate amendments. A final vote would then be required in the Senate before the bill becomes law. 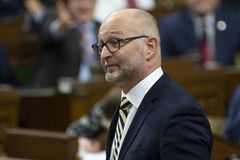 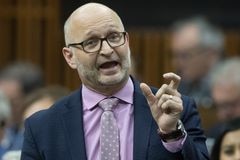