Ottawa is set to launch pan-Canadian consultations on racism, a topic that has stirred controversy and divisions across the country in recent months.

The exact form and nature of the consultations is still being developed in the Department of Canadian Heritage and has yet to be unveiled to the public. Still, the government said it wants to create a new strategy to counter “systemic racism” and religious discrimination.

As the format for the new round of consultations is being debated, some federal officials are worried the forum could lead to acrimonious debates similar to last year’s controversy over a motion (M-103) to condemn Islamophobia across Canada. The motion, which did not affect existing legislation, was nonetheless roundly criticized in right-wing circles and conservative media as preventing any legitimate criticism of Islam.

Similar consultations have proven controversial in Quebec, where the government scrapped planned consultations on “systemic racism” last year over an outcry among media commentators and talk-show hosts. Instead, the Quebec government rebranded the mandate of the exercise to “valuing diversity and fighting against discrimination.”

According to last month’s federal budget, the coming “cross-country consultations on a new national anti-racism approach” will be funded out of a new $23-million envelope that is geared toward new multiculturalism programs.

“Diversity is one of our greatest strengths and has contributed significantly to our country. We recognize the need to counter all forms of systemic racism and religious discrimination and we are taking action to address the ongoing challenges and discrimination that still exist in our society,” said Simon Ross, a spokesman for Heritage Minister Mélanie Joly.

“We will also be consulting with Canadians to develop a national strategy to combat racism in Canada, and we look forward to speaking with experts, community organizations, citizens and interfaith leaders to find new ways to collaborate and combat discrimination as we develop this strategy,” he said.

The new round of consultations will enact a key recommendation made earlier this year by the Heritage committee of the House, which called on the government to engage in consultations as part of efforts to create Canada’s Action Plan Against Racism.

According to the Heritage committee’s report, an action plan against racism would ensure that the government would consider the impact of all policies on visible minorities, similar to existing gender-based analysis.

“Systemic racism occurs when government actions fail to address the needs of certain racialized groups within the population, resulting in unfair, discriminatory practices and outcomes. To expose and prevent systemic racism, a number of witnesses suggested the development of a race equity lens as a key element of a national action plan,” the report said.

Jasmin Zine, a professor of sociology and Muslim studies at Wilfrid Laurier University, said the government should learn lessons from the debate over M-103 that was “hijacked” by concerns over the definition of Islamophobia.

“They have to be handled better than the initial parliamentary hearings were,” she said in an interview. “In the best-case scenario, the consultations could be a way to recuperate what was lost in the committee process. In the worst-case scenario, it will only reproduce the divisions and the political divides that were derailing this process from the beginning.”

She added the government cannot ignore Islamophobia as part of its study of racism and must not be afraid of confronting the root causes of racism.

“We can’t just wrap things up in nice, liberal, Kumbaya sentiments. We have to look at the issues that are critical for marginalized communities, such as questions of social inequality, power, privilege and the way racism is embedded in all institutions and levels of society,” Ms. Zine said.

Tensions are running high among federal politicians over the issue of racism, with Conservative MP Maxime Bernier accusing the government of exploiting the debate to win support in various communities.

“I thought the ultimate goal of fighting discrimination was to create a colour-blind society where everyone is treated the same,” Mr. Bernier said on Twitter earlier this month.

Liberal MP Celina Caesar-Chavannes shot back that research has shown that pretending not to see someone’s skin colour “contributes to racism.”

“Please check your privilege and be quiet,” she responded to Mr. Bernier on Twitter, before apologizing for her language.

The Conservative Party said in a statement that the coming consultations on racism need to be established in a way that unites Canadians.

“We hope that consultations on a subject as sensitive as this one will be conducted in an orderly fashion. It is now up to the government to ensure that they are well structured and constructive,” Conservative spokeswoman Virginie Bonneau said. 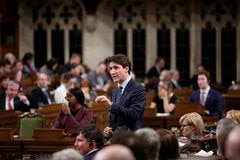 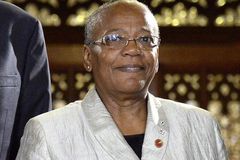 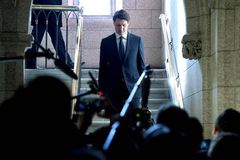