New Finance Department figures suggest this year’s deficit is on track to be smaller than projected as Finance Minister Bill Morneau prepares to release the federal government’s pre-election budget.

Federal finances had yet to slip into deficit with only three months left in the fiscal year, according to the Finance Department’s latest monthly fiscal monitor report, which updates federal revenue and expenses.

Friday’s report showed Ottawa recorded a $2.5-billion surplus in December, which was an improvement over the $523-million surplus recorded in December, 2017. Over the first three quarters of this fiscal year, federal finances stood at a small surplus of $324-million. That is a significant improvement over the $8.9-billion deficit recorded during the same nine-month period the previous year.

“We continue to see this year going well, but we will be prudent and cautious in the way we manage the economy,” Mr. Morneau said on Friday in Toronto following a meeting with private sector economists ahead of his March 19 budget.

The pattern in recent years is for the federal government to record a large deficit in March, the last month of the fiscal year. For instance, last year the government announced a $10.6-billion deficit for March and it announced a $10.4-billion deficit in March, 2017. As a result, year-to-date results should be treated with caution when projecting the deficit or surplus for the year.

Mr. Morneau’s Nov. 21 fiscal update said the 2018-19 fiscal year – which ends March 31 – was on track to record a deficit of $18.1-billion. The fall update said the deficit would increase the next year to $19.6-billion, before declining gradually in future years.

RBC chief economist Craig Wright, who attended Friday’s meeting with Mr. Morneau, said the monthly tracking figures suggest this year’s deficit could come in around $10-billion if no major new spending is announced. That means the government could announce new spending and stay within in its deficit target, hold off on new spending to deliver a smaller-than-planned deficit or a mix of both.

Mr. Wright is among the chief economists who are urging Mr. Morneau to work toward erasing the deficit so that federal finances are in a healthy position to respond in the event of a recession. However other chief economists, including CIBC’s Avery Shenfeld, have cautioned Ottawa to avoid moving aggressively on fighting the deficit at a time when large provincial governments, including Ontario, are also cutting back because it could cause too much of a drag on economic growth.

Conservative MP and finance critic Pierre Poilievre said he rejects the claim that balancing the federal books is a risky economic move.

“I don’t buy the argument that because Ontario is up to its eyeballs in debt that the federal government needs to add more debt,” he said. “It doesn’t make any sense at all.”

Mr. Poilievre also pointed to another Finance Department report released in December that showed federal finances are on track to stay in deficit into the 2040s, which is at odds with Prime Minister Justin Trudeau’s 2015 election pledge to balance the books within four years.

“Trudeau promised they would balance the budget this year,” he said. “Trudeau’s plan for billions in new deficit spending will lead to higher taxes that will cost a fortune.”

Mr. Morneau said this week that his 2019 budget will focus on housing for millennials, seniors issues, pharmaceutical prices and skills training.

On housing, NDP Leader Jagmeet Singh called this week for Ottawa to bring back 30-year amortization periods for insured mortgages. The Globe reported earlier this month that the Canadian Home Builders’ Association said it sees “positive signals” from the government that such a move will be in the budget. 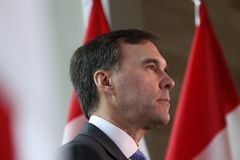 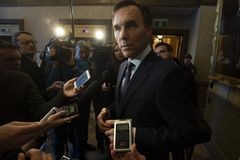 EXPLAINER
How a 30-year amortization would affect mortgage payments
February 8, 2019 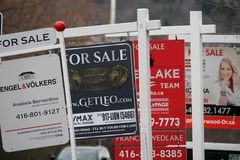