The federal government will heed the calls of Canada’s disabled community and amend the country’s first piece of national accessibility legislation to include some of the changes they sought, the minister spearheading the effort said Thursday.

Accessibility Minister Carla Qualtrough said the government will be adopting all the amendments the Senate introduced to Bill C-81, also known as the Accessible Canada Act, when it comes back before the House next week.

Earlier this month, the upper chamber’s committee on social affairs, science and technology amended the proposed act to include a handful of measures disability advocacy organizations across the country said were necessary to make the bill more effective.

Ms. Qualtrough conceded that the government had initially resisted some of their most pressing calls, such as the demand to include a timeline that would require the bill to be fully implemented by 2040.

But Ms. Qualtrough said the legislation, which was drafted after cross-country consultations with disabled individuals and advocacy groups, needed to reflect the will of the people it’s meant to serve.

“It’s just paying tribute to all the work and all the people that have been here in the past 40, 50 years really insisting that disability rights are human rights,” Ms. Qualtrough said in a telephone interview.

Activists had been crusading for Canadian accessibility legislation for decades and watched as other countries, including the United States, got laws on their books.

The Liberals began making good on an election promise to deliver a Canadian version when they tabled the Accessible Canada Act last June, pledging $290-million over six years toward its implementation.

The act’s stated purpose is to “identify, remove and prevent” accessibility barriers in areas that fall under federal jurisdiction. This includes built environments, federally run programs and services, banking, telecommunications and transportation that crosses provincial lines.

Barrier, as defined by the act, includes anything “architectural, physical, technological or attitudinal” that “hinders the full participation in society of a person with a physical, mental, intellectual, learning, communication or sensory impairment.”

Disabled Canadians reacted with wary optimism when the draft act was first tabled, but soon began voicing concerns that it was too weak to make a difference in their lives.

Last year an open letter signed by 95 organizations, including the Canadian National Institute for the Blind, National Network for Mental Health and March of Dimes Canada, raised a number of measures they said the act must include to be effective.

Chief among their concerns was the bill’s unwillingness to include a timeline for implementation, as well as its failure to name various forms of sign language as official languages of deaf Canadians.

The Senate’s social affairs committee, citing community concerns, amended the bill to address those issues. Ms. Qualtrough said their proposed amendments will now be incorporated into the bill, which will come before Parliament for final debate next week and could be officially passed into law by the end of June.

The government, Ms. Qualtrough said, has already begun work to appoint the people who will be tasked with implementing and enforcing the bill.

A Chief Accessibility Officer will oversee the implementation of the legislation across all sectors, while a new Accessibility Commissioner will be responsible for compliance. A new Canadian Accessibility Standards Development Organization, comprised largely of people with a broad spectrum of disabilities, will also be put in place.

“Canadians deserve this,” Ms. Qualtrough said. “We deserve a system that helps us move beyond the way we currently talk about disability, and I think this will do that.”

Activists celebrated the inclusion of the Senate’s amendments, saying they help to strengthen the bill in some key areas.

“This is an important victory,” accessibility activist David Lepofsky said in a statement. “While the Senate’s amendments don’t fix all the deficiencies with Bill C-81 ... they are an important and helpful step forward.”

Many community members said they remain concerned about other areas the Senate did not address when making revisions to the act.

The open letter criticized the bill for granting the government broad powers to exempt people from the new rules, spreading enforcement over numerous agencies, and opting not to withhold federal funding from organizations that don’t comply with accessibility measures.

Advocates also raised concerns about the way the bill was written. The bill repeatedly uses “may” rather than “shall” or “must” when describing initiatives, meaning the government is empowered to take actions but never required to follow through on them, they argued. An amendment brought before the committee addressed that concern but was defeated.

“That’s one of the areas we’re going to be watching very closely,” said Kerri Joffe, staff lawyer with the Arch Disability Law Centre. “This government may be acting quite quickly to implement some of the accessibility requirements, but there’s nothing to assure us that future governments will.”

Donna Jodhan, president of advocacy group Barrier-Free Canada, said community members will work to raise awareness of C-81 once it becomes law. While she believes the bill will need to be strengthened further in the coming years, she said the presence of Canadian federal accessibility law represents an important milestone in and of itself. 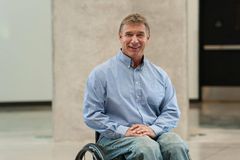 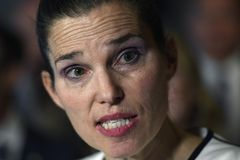