The opposition parties have urged the federal government to re-evaluate the risks of allowing Chinese tech giant Huawei to sell smartphones and telecommunications equipment to Canadians over fears of cyberspying.

But Public Safety Minister Ralph Goodale told Parliament on Monday that Ottawa will not block Huawei from doing business in Canada and insisted steps have been taken to protect Canadians from possible foreign espionage.

Mr. Goodale faced questions in the Commons after The Globe and Mail reported Monday that three former directors of Canada’s key national security agencies want Ottawa to heed the advice of U.S. intelligence services and cut ties to Huawei.

Former Canadian Security Intelligence Service directors Ward Elcock and Richard Fadden as well as John Adams, who headed of the Communications Security Establishment, say Huawei poses a national security threat. They weighed in after the heads of the FBI, CIA, National Security Agency and Defence Intelligence Agency recently told the U.S. Senate intelligence committee that Huawei smartphones and equipment could be used to spy on Americans, especially the next generation of 5G technology.

“Serious concerns are being raised about China-owned telecom company Huawei having access to 5G technology,” Conservative House Leader Candice Bergen told the House. “With what these Canadian experts are saying, will the Public Safety Minister commit to a re-evaluation of Canada’s ties with China-owned Huawei?”

Mr. Goodale rejected the suggestion, saying the government has just completed a national security review and is planning to spend more than $700-million on a new cybersecurity centre.

“We will take every step necessary to make sure that this critical infrastructure, which is vital to Canada and to our relations with countries around the world is properly protected and defended. There is nothing more important than that,” he said.

The government says Huawei is being monitored and measures are in place to protect Canada telecommunications systems from potential cyberspying.

“It seems the government wouldn’t even say if it would press pause and take a look at Huawei. They seem to be saying ‘it’s all fine, don’t worry,’ ” Ms. Bergen told The Globe.

NDP public safety critic Matthew Dubé said the government shouldn’t simply brush off the warnings from the United States and the three men who once ran Canada’s top security agencies.

“The government has a responsibility to be a little more forthcoming than simply saying the situation is being monitored,” he said.

Canada has been wary of Huawei’s operations for years, but the company’s presence here has been growing even as security experts say Ottawa has not been as aggressive as other Western countries, such as Britain, in testing Huawei’s equipment for security vulnerabilities.

Huawei and Bell Canada are conducting trial runs in rural communities to test the next generation of 5G technology. Last March, Huawei and the Ontario government announced they would focus on 5G technology at the Chinese company’s Canada Research Centre in Kanata. In December, Huawei included Carleton University in its 5G research.

Fifth-generation or 5G mobile internet technology, which is not expected to be fully rolled out until 2020, promises to bring massively increased data speed and introduce wireless virtual and even remote surgery. It would make it possible to download a feature-length movie in a matter of seconds and is expected to lead to driverless smart cars and smart homes.

A spokesman for federal Innovation Minister Navdeep Bains said the government is not currently working with Huawei and would only do so if it had the approval of the Communications Security Establishment, the agency in charge of signal intelligence.

Ontario Premier Kathleen Wynne said her government is excited by the potential of 5G technology being pioneered by a number of companies, including Huawei, to improve the productivity of her province’s businesses. At Queen’s Park on Monday, she said she is “ready to deal” with any security concerns brought to her office about the Chinese company.

“There are obviously rules in place. There are security protections in place that are monitored by the federal government. Nothing has been flagged for me as a concern, but if something were flagged for me then we would work to address it,” she told The Globe.

Progressive Conservative MPP Michael Harris said he has heard complaints from technology companies around his riding of Kitchener-Conestoga, which is close to the home of BlackBerry Ltd., that Huawei has used the province’s research funding to buy up local talent and ideas.

However, with the recent warnings from intelligence officials, he said the Canadian government should be taking a closer look at Huawei. “There should be a stringent national security review,” he said.

Huawei Canada vice-president Scott Bradley denied the world’s largest telecommunications manufacturer poses a threat to Canada or U.S. cybersecurity. The company has been operating in Canada since 2008 without any problems, he said.

Mr. Bradley said Canada is a world leader in 5G and that Huawei’s investment of more than $300-million in this technological research supports 700 jobs and contributes to a “thriving, competitive telecommunications” industry in Canada.

Sources at Canadian carriers say there is an unwritten understanding – stemming from conversations with public security officials – that they should not use network equipment from Chinese vendors including Huawei in their core networks, which could be vulnerable to sabotage.

With reports from Justin Giovannetti and Christine Dobby 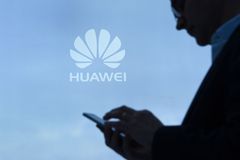 Huawei in early 5G trials with 30 telcos; CEO rejects U.S. security fears
February 26, 2018
China's Huawei set to lead global charge to 5G networks
February 23, 2018
Follow Robert Fife and Steven Chase on Twitter @RobertFife @stevenchase
Report an error Editorial code of conduct
Due to technical reasons, we have temporarily removed commenting from our articles. We hope to have this fixed soon. Thank you for your patience. If you are looking to give feedback on our new site, please send it along to feedback@globeandmail.com. If you want to write a letter to the editor, please forward to letters@globeandmail.com.
Comments are closed