The Parliamentary Budget Officer says federal infrastructure spending created up to 11,000 new jobs over the past year and added 0.1 per cent to Canada’s GDP, falling short of Liberal government projections as the program falls behind schedule.

The PBO released a report Thursday that examines the impact of what the Liberal government calls its first phase of infrastructure spending. The plan was announced in the 2016 budget and initially promised about $12-billion over five years for projects that are primarily focused on repairs of existing assets. The PBO report looks at how spending from that budget – and top-ups announced in the 2016 fall update - will be spread over nine years, bringing the total to $14.4-billion.

In an interview, Mr. Fréchette said the amount of economic stimulus and employment created from the first phase of spending is relatively modest when compared with the promises made by the Liberals.

The 2016 budget included estimates from the Department of Finance that the announced infrastructure spending would boost Canada’s GDP by 0.2 per cent in the first year and 0.4 per cent in the second year.

“It is a modest boost to the GDP,” he said. “That’s the reality right now. Everything is not going according to the original plan that was [for] a real big boost or a stimulus impact at the beginning of the phase 1 period … We don’t see that right now.”

Daniel Lauzon, a spokesman for Finance Minister Bill Morneau, said the 2016 economic projections have been updated to stretch over eight years.

“The overall impact on the Canadian economy remains broadly the same as expected in Budget 2016,” he said in a statement.

The PBO report states that of the $14.4-billion for phase 1, federal departments have only been able to identify $7.2-billion worth of approved projects, meaning half of the spending is unaccounted for.

Federal Infrastructure Minister Amarjeet Sohi has stated that delayed federal spending is largely an accounting issue, given that Ottawa will frequently receive bills from provinces and municipalities after work has been completed.

But Mr. Fréchette said Ottawa is not able to back up those claims by providing clear start and end dates for all of its approved projects.

Brook Simpson, a spokesman for Mr. Sohi, noted that the PBO report only examines the impact of one aspect of federal infrastructure spending. He also stated that any unspent funds will still be available in future years.

The federal government’s phase 2 infrastructure program is worth $33-billion over 10 years. Mr. Sohi had said he wanted to have bilateral deals in place with the provinces by “March 2018 at the latest” in order to launch that program. However, the minister acknowledged this week that the target will not be met. He said he expects to have phase 2 deals with a majority of provinces in place within a couple of weeks.

Conservative MP Michael Chong said the Liberals are displaying a clear pattern of delay when it comes to delivering on the party’s central campaign promise during the 2015 election.

“Their commitment was that we will run deficits in order to make historic investments in infrastructure,” he said. “They’re not only running massive and much bigger deficits with no end in sight … they’re not spending the money on infrastructure. I think it demonstrates incompetence and a lack of a plan.” 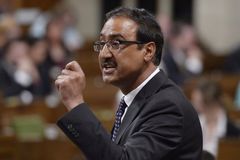 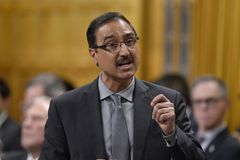