A government-commissioned investigation has cleared federal lawyers of any wrongdoing in the extradition case of Hassan Diab, but the Ottawa professor who spent three years in a French prison said the probe was a “failure” of transparency.

Prof. Diab told reporters on Parliament Hill on Friday afternoon that the “one-sided” report attempts to absolve government officials of any responsibility.

“From the outset, we asked for an independent and transparent public inquiry into my wrongful extradition. We boycotted the external review because we believe that it will amount to a whitewash exercise. It’s profoundly upsetting to see our concerns and fears materializing,” he said, adding that he is calling for a transparent judicial inquiry because “justice dies in the darkness.”

The review, which was ordered by former attorney-general Jody Wilson-Raybould, was conducted by Murray Segal, a former deputy attorney-general in Ontario. The report was presented to the government in May and released publicly on Friday. Ms. Wilson-Raybould asked Mr. Segal to assess whether government lawyers followed the law, if any approaches taken by the International Assistance Group (IAG) – which reviews extradition requests at the Department of Justice – could be improved and if there were any specific concerns Canada should address with France.

Prof. Diab was arrested by the RCMP in 2008 at the request of France, which suspected him of being involved in the 1980 bombing of a Paris synagogue that killed four people. Prof. Diab has denied the accusation. He was jailed in Canada for more than four months, then ordered held under house arrest. In June, 2011, Ontario Superior Court Justice Robert Maranger ordered his extradition, even though the judge said the evidence against him was “weak, convoluted and confusing.” Prof. Diab was extradited to France on Nov. 14, 2014.

He spent three years in pretrial detention, much of it in solitary confinement, before being released in January, 2018, after two judges ordered the dismissal of terrorism charges against him.

“My reputation was tarnished, my financial savings were wiped out, my physical and mental health deteriorated and, more importantly, I missed the birth of my son and more than three years of my children’s lives,” Prof. Diab said.

In his report, Mr. Segal wrote that government lawyers had been criticized for the “energy they dedicated to advancing what appeared to be a weak case, allegedly withholding exculpatory evidence and making false representations to the extradition judge.”

However, he continued, after reviewing materials and interviewing members of the parties, he concluded that none of the criticisms made against the government lawyers “have any merit."

“My conclusion that DOJ counsel acted in a manner that was ethical and consistent – both with the law and IAG [international assistance group] practices and policies – is based on firm factual foundation.

“DOJ counsel acted properly in vigorously advancing France’s case. We would expect French authorities to do the same when Canada makes an extradition request.”

Mr. Segal said that, although “the law was followed,” some improvements could be made. He suggested the government take steps to make the country’s extradition process more transparent and said the process could be improved to make it more fair and efficient.

Justice Minister David Lametti said in a statement that Mr. Segal has given the government "a good series of recommendations to think about in order to make the extradition process more transparent, in order to make it more understandable to Canadians and also to improve the process so that hopefully we can do things at our end during the extradition process that will prevent this kind of situation happening again where one of our citizens is sitting in a jail in a foreign country.”

Donald Bayne, Prof. Diab’s lawyer, said the report is “profoundly disappointing.” He asks people to keep in mind that this is a case of wrongful extradition. “He was completely innocent," he said.

Mr. Bayne said the report does not recognize any wrongdoing nor provide any clues to what went wrong to ensure it doesn’t happen again.

He said it is too early to say whether his client will sue the government, but he acknowledged that he and Prof. Diab have talked about it. 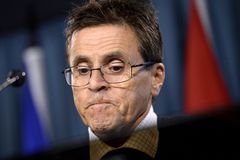 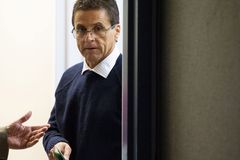 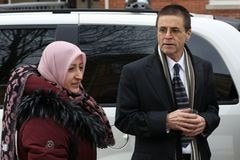