The federal government is making final revisions to its plans to act against online hate and harassment on social-media platforms in light of the deadly U.S. Capitol Hill riots, and its proposed measures will be presented to cabinet in the coming weeks.

The recent actions of web giants Facebook, Google, Twitter, Apple and Amazon following the riots are prompting worldwide debate about fundamental issues of freedom of speech, the responsibility of platform companies to moderate their sites, and the proper role of government regulation.

If approved by cabinet, the Canadian legislation could be introduced in Parliament as soon as February or March. The legislation is expected to be influenced by measures already in place in other countries, such as Germany, which requires social-media platforms to remove illegal content under tight deadlines and the threat of financial penalties. In a Canadian context, this will likely involve the creation of a new government regulator.

The efforts to update the plan ahead of a cabinet decision were confirmed to The Globe and Mail by a senior government official. The Globe is not identifying the official because they were not authorized to comment publicly on the matter.

Social-media companies have suspended a range of accounts following the Jan. 6 raids in Washington by supporters of outgoing U.S. President Donald Trump, who was impeached a week later for incitement of insurrection. Twitter and Facebook banned Mr. Trump from their platforms indefinitely for his inciting tweets and posts around the time of the riots and out of concern that his posts could spark further violence in the run-up to Wednesday’s inauguration of his successor. Other social-media platforms followed with similar restrictions. Google’s YouTube temporarily suspended Mr. Trump’s channel.

Attention on the power of social-media companies is heightening as the federal government is in the final stages of preparing measures flowing from a 2019 campaign pledge to regulate social media’s illegal content. The focus of the original promise was on hate speech, but the government has said it will also include issues such as the sharing of intimate images without consent.

The official said those proposals are now being reviewed in light of the recent events in the United States to see whether any further changes are needed before they are presented to cabinet.

Heritage Minister Steven Guilbeault and Justice Minister David Lametti are leading the file, with involvement from others in cabinet such as Public Safety Minister Bill Blair. Prime Minister Justin Trudeau reiterated the government’s plans in updated mandate letters to his cabinet, which were made public Friday. Mr. Trudeau’s letter to Mr. Guilbeault said he should work with other ministers “to take action on combatting hate groups and online hate and harassment, ideologically motivated violent extremism and terrorist organizations.”

Liberal MP Arif Virani, who is parliamentary secretary to the Justice Minister and who held consultations on the proposals, said the push to regulate social media is taking on a larger importance.

“There is a sense of greater urgency,” he said in an interview. “Obviously what happened in the United States … really has put this back at the forefront of people’s minds. But it’s not as if this is just a uniquely American phenomenon.”

While the federal government has provided few public details as to how it will regulate illegal content on social media, there are signs its approach will be influenced by recent moves by a handful of other countries, including Australia, France and Germany.

Germany’s 2017 Network Enforcement Act set timelines as short as 24 hours for the removal of content by platforms under threat of financial penalty. The German law generated significant controversy, as critics condemned the bill as a step too far in terms of limits on free speech.

Mr. Virani said the government has the benefit of studying how social-media companies have responded to such measures in other countries.

Mr. Guilbeault said in a statement to The Globe that while social-media companies have recently been active at removing illegal content, the government‘s planned approach will be “more effective and efficient than self-regulation.”

“While preserving a fundamental right to freedom of expression, our approach will require online platforms to monitor and eliminate illegal content that appears on their platforms. That includes hate speech, terrorist propaganda, violent content, child sexual exploitation and the non-consensual sharing of intimate images,” he said.

Google, Facebook and Twitter said they have not received any advance indication of the specific measures Ottawa is planning to introduce. The companies also noted that they have computer-assisted methods to identify and remove content that is illegal or not compliant with their own policies as well as staff who respond to content complaints.

“While we haven’t seen any written proposals or public consultation from the federal government yet, we have expressed our willingness to work closely with different levels of government across Canada,” Michele Austin, Twitter Canada’s head of public policy, government and philanthropy, said in a statement.

Jason Kee, Google Canada head of YouTube policy, made a similar pledge of co-operation while noting concern with the German approach.

“We remain uneasy about how the [German] law prioritizes speed where decisions require careful consideration, which in turn will likely lead to overremoval of legitimate expression,” he said.

Canadian federal politicians, including Infrastructure Minister Catherine McKenna and Conservative MP Michelle Rempel-Garner have repeatedly spoken out against the sexist and often anonymous comments that are directed their way on the platform.

Ms. Rempel-Garner recently published an essay condemning Twitter and calling for users to abandon the platform. She said it “rewards rage” and hurts political discourse by encouraging polarization and eliminating nuance.

Conservative Heritage critic Alain Rayes said in an interview that he shares the concern about polarization on social media, but he also wants to make sure the government protects free speech.

“There’s a delicate balance between protecting freedom and controlling extremist speech on these platforms. We know it’s not a simple issue,” he said. “We also need defenders of free speech, to ensure we don’t fall into the other extreme of ‘cancel culture.’ ”

“They continue to talk tough and do nothing on how the platforms are not living up to their social obligations,” he said, echoing Ms. Rempel-Garner’s concern that the platforms’ algorithms reward users who post “poisonous” content.

University of Ottawa law professor Vivek Krishnamurthy, who is director of the Samuelson-Glushko Canadian Internet Policy and Public Interest Clinic, said a German-style approach could raise concerns if adopted by Canada.

He authored a paper last year that warned Canada’s stated plans to regulate social-media content may be in conflict with Canada’s recent commitments under the United States-Mexico-Canada Agreement on free trade.

In an interview, he noted that while any new law related to social media will need to comply with the Charter of Rights and Freedoms, he expressed concern about the signal Canada could be sending if it adopts a heavy-handed approach.

“I do think this model is a dangerous kind of model for a rights-respecting democracy like Canada to enact,” he said. “Because if we tell global internet platforms: ‘Follow our law. Get these notices from us [and] within 24 hours, take it down or else face massive fines,’ that is a model that is going to be very attractive to countries that are a lot less respectful of human rights. And they’re going to say, ‘Well, if Germany and Canada can do it, why can’t I?’ ” 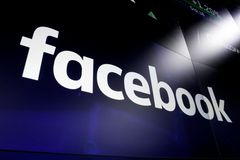 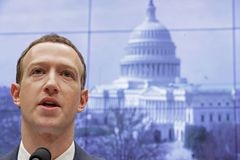 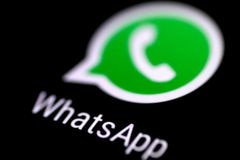