Elections Canada and the Privacy Commissioner are urging federal parties to adopt much tougher policies for how they will use the vast troves of personal information they will gather this election year.

Their message comes as Conservative Leader Andrew Scheer said his party will use “innovative ways” to communicate with voters, such as the party’s decision to send a large volume of text messages on the weekend to voters in the four provinces affected by the new federal carbon tax that took effect Monday.

As the October election looms, political campaigners across the country will be working to update and expand the large databases of potential backers used by parties to target their messages and identify supporters.

Yet federal parties are entirely exempt from Canada’s privacy laws, which require private companies to obtain the clear consent of users before collecting and using personal information.

“I’m hopeful that they go beyond the bare minimums. Ultimately, this is about trust in the electoral process,” Mr. Perrault said.

In a separate interview, Mr. Therrien said he hopes the guidelines will encourage parties “to raise the bar” and increase trust while also providing citizens with suggestions for what they should be demanding from political parties.

“It’s also for electors, to see what they should expect from a party that protects privacy,” he said.

New election legislation took effect April 1 that requires all political parties to have a policy for protecting the personal information of Canadians and to publish these plans by July 1.

Nonetheless, the two independent offices released guidelines Monday reminding parties of what the new law requires and adds examples of how they could go further if they wanted to meet international privacy standards.

The guidelines provide a sense of the kinds of things political parties could be doing with personal information that would raise concerns.

For instance, it states that individuals should be informed if their e-mail addresses will be sent to companies such as social-media platforms for data analysis and profiling. It also says a strong policy that complies with international standards would seek consent if information will be used to group individuals by age, gender, financial status, ethnicity or religious affiliation as a way of predicting how they will vote. The guidelines also recommend that parties should give individuals access to their information upon request to see what has been gathered.

Under the new law, political parties are only required to have a privacy policy in place that meets minimum standards in terms of topics covered, such as a statement of the types of personal information that are collected.

“There’s nothing that they cannot do under their privacy policies," Mr. Perreault said.

Conservative Party spokesman Cory Hann said the party “will follow all rules and laws that are in place.” Liberal Party spokesman Braeden Caley said the party will release an updated policy that will “further enhance our party’s strong privacy commitments," while NDP spokesman Guillaume Francoeur said the party already complies with the new law and “will be looking closely at international best practices” as it updates its policy.

At a news conference in Upper Letang, N.B., Mr. Scheer was asked about his party’s decision to send mass texts to individuals on the weekend reminding them to fill up their gas tanks before Monday’s start of the carbon tax.

“I can assure you that all the rules were followed as it relates to communicating with Canadians,” he said. “It’s part of our innovative ways to try to communicate with Canadians as technology evolves. And we use a variety of different formats on social media, online presence and direct communications like mail, like going door-to-door and like communicating through text messages.” 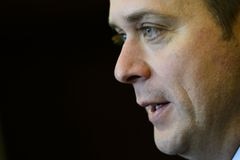 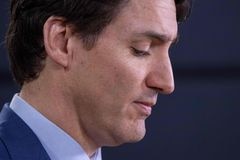