The federal party leaders are all hitting the travel circuit this week for the first major political tours after more than a year of lockdowns and with a potential election campaign looming.

Prime Minister Justin Trudeau was out all week and stopped in B.C. on Thursday after swinging through Sault Ste. Marie, Ont., Saskatchewan and Calgary since Monday. Opposition leaders Erin O’Toole and Jagmeet Singh both started their tours on Thursday, with Mr. O’Toole heading to the Conservative heartland in the Prairies and Mr. Singh planning to hit a mix of NDP ridings and others that the party hopes to pick up in B.C.

While Mr. Trudeau has repeatedly played down the election speculation, the locations for their tours are significant and reflect the challenges and opportunities in front of them, Nanos Research founder Nik Nanos said. “We’re talking about the short-term strategy for each of the parties to set the table for the federal election,” Mr. Nanos told The Globe and Mail in an interview.

Hear that? The Liberal election train is getting closer, and picking up speed

According to the polls, the Liberals would be on the cusp of a majority if an election were called now, and Mr. Trudeau is spending time out West (where the party struggled in 2019) to see where the Liberals might find more traction. It’s the opposite for Mr. O’Toole though, who is also starting in the West, but in his case to bolster a sagging base and to ensure his base is on side if an election is called, Mr. Nanos said.

The NDP is taking a more bullish approach, with plans to visit a Green Party riding in B.C. and ridings in Southwestern Ontario that the party lost in 2019.

The NDP, the fourth-place party in the House of Commons, is competitive, Mr. Nanos said, and with flagging Conservative numbers in the current polling, the Liberals could risk losing their coalition of progressive supporters, who helped them win in 2015 and 2019. That’s because some of those voters back other left-leaning parties but vote Liberal when they’re trying to prevent a Conservative victory. The result in the current climate could be vote splits that hurt the Liberals, Mr. Nanos said.

Two years into a minority government, the election speculation is being driven by the massive disruptions brought on by the pandemic and a series of polls that consistently showing the Liberal lead. The latest ballot tracking from Nanos Research shows Liberals at 38 per cent; the Official Opposition Conservative Party at its lowest levels since 2015 with 24 per cent; the NDP on an upswing at 20 per cent; and the Greens at 8 per cent. The Bloc Québécois, which only fields candidates in Quebec, is at 5 per cent nationally and the People’s Party of Canada is polling at 4 per cent.

The four-week rolling poll is based on a random telephone survey of 1,005 people up to July 2. It has a margin of error of 3 percentage points 19 times out of 20.

Mr. Trudeau is holding daily photo-ops and press conferences, but unlike the past 16 months, COVID-19 is not the focus. Instead he’s highlighting work on other issues such as child care, climate change, public transit and reconciliation. The Prime Minister maintains his current tour is about a return to normal after months of Zoom.

“All this shows you are in an election-campaign mode,” Calgary’s RED FM host Rishi Nagar said Wednesday in an interview with the Prime Minister. “Actually it doesn’t. It shows that we are getting things done,” Mr. Trudeau responded.

At an event in Duncan, B.C., on Thursday, Mr. Singh put the focus on affordable housing and dismissed Mr. Trudeau’s latest string of announcements as electioneering. It’s “all for show” – if the Liberals call an election it would stop the government’s work on implementing those promises, Mr. Singh said. Next week, he’ll head to the Calgary Stampede – in a province where his provincial counterpart is polling ahead of the governing conservatives.

When the House of Commons was still sitting, MPs from all parties supported a commitment in late May to not hold an election during the pandemic. However, with vaccination rates climbing, COVID-19 case counts dropping and local health restrictions lifting, the public-health conditions appear more amenable for a campaign. And the opposition parties are pointing to Mr. Trudeau’s bevy of announcements and travel as the latest sign of a looming election.

“He’s posturing for an election. We will be ready,” Mr. O’Toole said Thursday in Calgary, where he unveiled plans to increase the money sent to Alberta through the Fiscal Stabilization Program, if he wins government. Despite his slump in the polls, the Conservative Leader said he expects to hold onto the party’s seats in Alberta.

Anne McGrath, the NDP national director, told The Globe in an interview that this year’s barbecue circuit with the leaders “feels very much like a pre-election summer.

“The Prime Minister is conducting what looks very much like a campaign tour, and we know they want an election,” she said.

The parties are all also readying their war rooms and candidates for a possible election, with the Conservatives leading in nominations with 238 candidates, to the Liberal’s 184, the NDP’s 96, the Green’s 38, and the Bloc’s 37. To run a full slate of candidates the parties need to nominate 338 people. 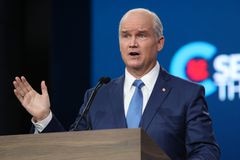 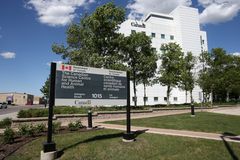 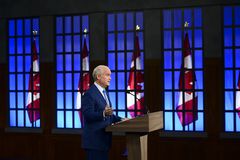