The federal government, British Columbia and First Nations have co-developed a rights policy designed to dramatically overhaul the way treaties are negotiated in the province.

The negotiation of treaties, government-to-government agreements designed to achieve reconciliation, often include addressing issues such as land and jurisdiction that afford First Nations the freedom and flexibility to be decision-makers who can determine their future.

B.C. First Nations partners have made it clear, however, that the existing negotiation process is far too restrictive, time-consuming and outdated, Ms. Bennett said in an interview, adding that the new agreement means negotiators will now have far more flexibility at the table.

“This is, I think, historic because it is about all of us agreeing to this new way to doing business,” she said.

Federal and provincial governments will proceed with treaty negotiations with a clear recognition of First Nations’ right to determine their own futures, Ms. Bennett added.

“We have now moved to this approach that actually meets the needs of our partners because they have co-developed it,” she said.

“I think it is really exciting but I am most pleased that our partners see as exciting and historic in what has been now been written down as the way they prefer to work with Canada.”

The new agreement “changes everything,” said Cheryl Casimer, a member of the political executive with the First Nations Summit.

“We are able to sit down at a table now with Canada and British Columbia and be on the same level playing field where there is no longer this Crown denial of the existence of our rights and title,” she said.

“It is a huge development for First Nations in British Columbia, for those of us participating in the made-in-B.C. treaty process, although it could extend out to other Nations that may want to take advantage of some of the substantive changes that have been gained through the development of this policy.”

The new approach in B.C. is a signal of how Canada is looking to address treaty negotiations in the future, Ms. Bennett said, saying other First Nations can take a look at this example and work with Canada on a model that best suits them.

It stipulates the parties will revitalize negotiations to complete the final hurdle of the treaty process within two years, the federal government said, adding the goal is to ensure inherent Indigenous rights are not extinguished.

B.C. is taking this new approach to ensure treaties can evolve over time and respect the principles of the United Nations Declaration on the Rights of Indigenous Peoples, Mr. Fraser said in a statement.

Ms. Bennett called it “fantastic” to have a willing partner in the B.C. government that sees the recognition of First Nations’ rights and the UN Declaration on the Rights of Indigenous People as part of the way they want to work.

The non-legally binding declaration sets out rights of Indigenous peoples around the globe and addresses issues including health, education and language. 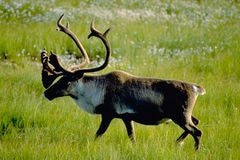 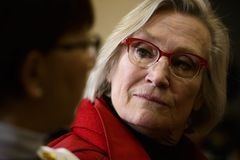