Finance Minister Bill Morneau has tabled the federal government’s final budget bill – a wide-ranging piece of legislation that is expected to be rushed into law before Parliament comes to an end in June.

At 364 numbered pages, plus a lengthy table of contents, the bill is less than half the size of Mr. Morneau’s last budget bill, which the Speaker of the House of Commons described as “massive” and the biggest ever.

Tucked into the bill is a provision that would prevent anyone who has made a refugee claim in certain other countries from making another claim in Canada. The provision applies to claims made in countries with which Canada has information-sharing agreements. Only a handful of countries qualify. The United States, through which all of the irregular border crossers pass, is one of them.

The new legislation, Bill C-97, was tabled late Monday afternoon and copies were only made available Monday evening. As a result, opposition MPs have only begun to thumb through its contents.

The bill provides new details on measures that were first announced in the March 19 budget, such as efforts to combat money laundering, strengthen the regulation of immigration consultants and introduce tax incentives toward the purchase of zero-emission vehicles. The bill includes at least one previously released government bill – the Poverty Reduction Act – that the government tabled last year, but had not advanced through Parliament.

Parliament breaks for a two-week recess Friday and then just seven sitting weeks remain before the House of Commons session ends. Parliament will not sit again until after the scheduled Oct. 21 federal election. That leaves MPs and senators with a tight timeline to hear from experts and review the budget bill’s extensive contents.

Budget bills are “omnibus” in that they cover a wide range of policy areas and legal changes in a single piece of legislation.

The Liberal government promised to end “the improper use of omnibus bills” after criticizing the way large budget bills were used under the previous Conservative government. The Liberals’ “mandate tracker” website lists this promise as having been fully met, yet opposition MPs have repeatedly accused the Liberals of using large budget bills to limit scrutiny.

For instance, Mr. Morneau used a budget bill last year to introduce the use of “remediation agreements” in lieu of criminal prosecution. The significant change to Canadian law has not yet been used, and the provision is at the heart of the accusations that Prime Minister Justin Trudeau’s office applied inappropriate pressure on former attorney-general Jody Wilson-Raybould to consider the provision in relation to the prosecution of SNC-Lavalin Group Inc.

In 2017, Mr. Morneau tabled a budget bill that included legislation creating the $35-billion Canada Infrastructure Bank. Many senators argued the bank legislation should have been introduced separately for a more thorough review; however, a vote to carve out the section failed in a tie.

“The Liberals continue to break their promise to not abuse Parliament by ramming through omnibus legislation,” NDP finance critic Peter Julian said Monday evening. “And we can see with what they tucked in to [last year’s budget bill] that this attempt to hide measures from Parliament and the public is not in the interest of Canadians.”

Conservative finance critic Pierre Poilievre’s office said he will comment on the bill Tuesday after taking time to review the legislation.

Mr. Morneau has repeatedly defended his large budget bills on the grounds that all of the measures relate to language that had been used in that year’s budget. However, House of Commons Speaker Geoff Regan has twice ruled against that claim.

In November, Mr. Regan said in a ruling that the minister’s 854-page budget bill was “massive” and the largest one to date, yet there were no rules in place that relate to whether bills can be challenged for being too large.

After four years, Bill Morneau has yet to make a mark
Subscriber content
October 2, 2019 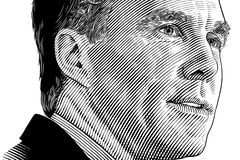 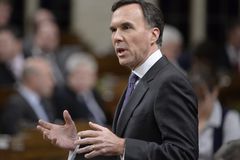