First Nations people will be reassured that the schools on their reserves are funded at the same rate as other schools in Canada under a new approach to education developed by the federal government and the Assembly of First Nations.

A new funding arrangement announced Monday by Seamus O’Regan, the new Minister of Indigenous Services, and Perry Bellegarde, the National Chief of the AFN, is aimed at ensuring that the decades of disparities between the amount of money spent per student on reserve schools and the amount spent on provincially run schools is ended.

The underfunding of First Nations education has left many schools in dilapidated condition, and the quality of on-reserve education substandard, even though the Liberal government has spent $3.6-billion over the past three years in trying to address the problem.

The new approach, which will take effect April 1, will not see Ottawa spend any additional money over what has previously been committed.

The government says the gap core funding between the funding for provincially run schools and reserve schools has already closed in some provinces, is not far apart in others, and will cease to exist entirely over the next two years as a result of the investments that have already been committed in previous budgets. It also recognizes that there are additional gaps in needs that will be addressed separately.

But the money for on-reserve education will be delivered in a way that is sustainable and predictable over the long term with fewer requirements for the First Nations to apply for every dollar they receive, said Andrew MacKendrick, the director of issues management and media relations for the Indigenous Services Minister.

And it has been difficult to compare how the two systems have been funded because the circumstances are so different between remote First Nations schools and those in populated areas, said Mr. MacKendrick. So the government is going to make the funding more transparent to allow comparisons to be easily made and to let Indigenous communities know how the money that is given to their schools stacks up against others.

The new approach will see the federal government draft funding agreements with the First Nations that take into account such things as remoteness, school size, language and socio-economic conditions.

The government is also promising the resources necessary to pay for full-time kindergarten for every First Nations school that has four- and five-year-old students. And there will be more predictable funding for special education with fewer application requirements.

Charlie Angus, the NDP critic for Indigenous youth, said he hoped that the new approach would lead to positive outcomes.

“It has been seven years since Parliament adopted the Shannen’s Dream motion and we still see inequality today. Since then, there have been numerous promises and numerous plans and yet, the gap continues to widen,” Mr. Angus said. “This is a positive step forward, but we need to be assured that we will be delivering the education that students need and not just serving the interests of the federal bureaucracy.”

The new arrangement for education funding is being adopted in concert with the government’s plan to give First Nations with good financial track records 10-year grants for such things as health-care, education and social services with a minimum of bureaucratic oversight.

“Every First Nations child deserves the best start in life with a high-quality and culturally relevant education that meets their needs,” said Mr. O’Regan. “This new approach will allow First Nations to be in the drivers' seat – ensuring they are in control of First Nations education.” 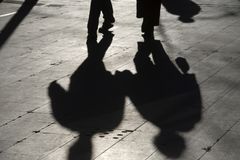 First Nations students ask federal government for a residence to keep them safe while attending high school
May 3, 2018 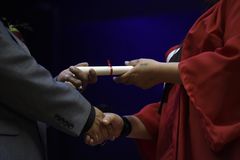 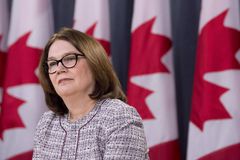