The Fitch decision reflects concern over the growing public debt at both the federal and provincial levels after billions in emergency spending during the coronavirus pandemic.

The July 8 snapshot will provide the federal government’s first formal comment on the state of its finances since December.

The downgrade of Canada’s long-term foreign-currency issuer default rating is the first change since Fitch assigned Canada a triple-A rating in that category in August, 2004.

“The rating downgrade reflects the deterioration of Canada’s public finances in 2020 resulting from the coronavirus pandemic,” the agency stated. Wednesday’s announcement says the rating outlook is stable.

Fitch expects the coronavirus response to raise Canada’s consolidated gross general government debt to 115.1 per cent of GDP, up from 88.3 per cent of GDP in 2019.

“Canada has a track record of fiscal adjustment during the 1990s. However, the structure of Canada’s decentralized fiscal framework increases the complexity of any fiscal adjustment,” the agency said.

Economists said Wednesday that the decision will increase pressure on Mr. Morneau and the Finance Department to pledge a return to sustainable spending.

“Having worked in the Department of Finance in the 1980s and ’90s, I know there will be a lot of anxious people now as they’re preparing the fiscal snapshot,” said former parliamentary budget officer Kevin Page, who is now chief executive of the Institute of Fiscal Studies and Democracy at the University of Ottawa.

“The Finance Minister’s got to be a little bit worried about the messages in the Fitch report,” he said.

Canadian Chamber of Commerce chief economist Trevin Stratton said the billions in deficit spending were warranted to support the economy during the COVID-19 shutdowns, but the Fitch decision shows it is time for governments to shift the focus from subsidies to promoting growth.

“It’s come time where we need to keep our spending in mind, because there are obviously repercussions for a lot of the spending that we’re doing over the medium and long term, as we’ve seen with today’s decision from Fitch,” he said in an interview.

Mr. Stratton said next month’s fiscal snapshot will be an opportunity for the federal government to address concerns.

“Other credit rating agencies will definitely be looking at that fiscal snapshot,” he said.

After failing to deliver on a 2015 pledge to erase the federal deficit over four years, Prime Minister Justin Trudeau highlighted Canada’s triple-A credit rating in his 2019 mandate letter to Mr. Morneau.

The Dec. 13 mandate letter said the minister should continue to reduce the government’s debt-to-GDP ratio and “continue to build confidence in Canada by preserving our AAA credit rating.”

At that time, the federal government was projecting a $28.1-billion federal budget for the fiscal year that began on April 1. Those plans changed dramatically as a result of the COVID-19 pandemic.

The federal government has announced well more than $150-billion in direct spending measures and Parliamentary Budget Officer Yves Giroux has said the deficit for the current fiscal year could exceed $256-billion.

Mr. Morneau responded to the Fitch report by saying Canada will continue to be fiscally responsible.

“Going into the global pandemic, Canada was in a great position to deploy our fiscal firepower to protect Canadians, and we have. A worse case scenario for Canadians and the economy would have been to not act. Canada’s COVID-19 response is ensuring workers and businesses have the financial support they need to weather this crisis and come back strong,” he said in a statement.

“Canada continues to be in a stronger financial position than many other countries in the G7 and G20. Global markets continue to invest in Canadian bonds driving our cost of borrowing to historic lows. Moving forward, we will continue to be fiscally responsible while acting to protect our country and its economy.”

“We were already wobbling before the recent crisis hit. It’s now clear that Canada’s finances are in deep trouble. The government has lost control of our finances and can’t even present a budget, a financial update or anything other than a quote-unquote snapshot to tell Canadians how bad it is,” he said in an interview.

National Bank managing director and head of strategy Warren Lovely pointed out in a research note that two other rating agencies – Morningstar and DBSR – have recently reconfirmed their AAA ratings for Canada.

Mr. Lovely said the next ratings update from S&P will be significant because the agency’s decisions are particularly influential in financial markets.

“This move, while obviously disappointing for the Government of Canada, should not come as a real surprise. Fitch, in particular, has been expressing some reservations about Canada’s economic and fiscal trajectory, including a real focus on fiscal challenges at the provincial level, which we believed would culminate in this downgrade,” he said. “While there’s some national pride and bragging rights at stake, the market has seemingly taken this news in stride.”

In its comments Wednesday, Fitch said provincial budget shortfalls are a factor in its decision to downgrade Canada’s rating.

“The pandemic has caused several provinces to pause deficit-reduction plans, and some premiers have urged greater direct federal financial support to the provinces,” it said.

Federal borrowing for crown corporations also increases debt,” it said. “The federal minority Liberal government, which was returned to office in October 2019, has already loosened fiscal policy relative to the first term and postponed a pledge to stabilize net federal government debt in order to address the priorities of allied minority parties.” 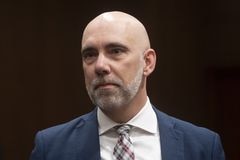 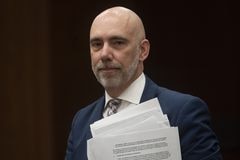