The coronavirus pandemic has highlighted an urgent need for Canada and its Five Eyes intelligence-sharing partners to reduce their dependence on China for crucial goods such as pharmaceuticals and electrical components, an international study of supply chains says.

The Henry Jackson Society, a British foreign policy think tank, says the Five Eyes – Canada, the United States, Britain, Australia and New Zealand – as as whole are “strategically dependent” on China in 831 categories of goods, of which 260 are necessary for important national infrastructure from communications to manufacturing to computers.

The 52-page study found that Canada depends on China for 367 categories of goods, such as pharmaceuticals and food additives, of which 83 are used to supply critical national infrastructure, including rare-earth minerals, industrial products and electronics. (Rare-earth minerals are essential in the manufacture of products such as lasers, computer chips, smartphones and military equipment.)

“The biggest one is phones and computers: 87 per cent of your laptops and 78 per cent of your cell phones are made in China. The modern economy relies on these,” one of the report’s authors, Samuel Armstrong, said in an interview on Wednesday. “Canada is also among the worst in terms of [dependence for] medicines and vitamins.”

The report, Breaking the China Supply Chain: How the Five Eyes can Decouple from Strategic Dependency, warns that as China has become more authoritarian under President Xi Jinping, it has increasingly shown a willingness to threaten and punish countries that question its actions. In 2010, for instance, during a feud between Beijing and Toyko over the East China Sea, China imposed a de facto embargo on the export of rare-earth minerals to Japan.

The report from the neoconservative organization includes commentary from politicians in the five countries, including two former British Labour Party MPs and Peter MacKay, a former cabinet minister who is seeking the leadership of the Conservative Party of Canada.

Becoming too dependent on China for key commodities is a risk to Western security given Beijing’s push to dominate global trade, the report said.

“If it was not already apparent, the COVID-19 pandemic has drawn attention to the dangers that dependency poses,” the report said. “The five powers have found it difficult to source the necessary volumes of medical equipment, either because China has commandeered such products for its own requirements or because the five powers have been forced to compete for limited supplies.”

The report did not recommend an immediate decoupling from China, but said the five countries should constrain Chinese companies from gaining control of, or draining technical and intellectual assets related to, strategic industries. It also called on them to work together to prevent China from dominating nine “future” industries such as artificial intelligence and machine learning, autonomous robotics, computing hardware, cryptographic technology, nano-technologies, quantum technology and synthetic biology.

Using international trade data compiled by the United Nations, the HJS report found Australia (595) and New Zealand (513) were most dependent on China for different goods, followed by the United States (414), Canada (367) and Britain (229).

The findings prompted 23 British Conservative MPs to demand that post-Brexit trade policy be recast to ensure strategic independence from Beijing.

In April, Japan announced that it was devoting more than US$2.2-billion of its coronavirus stimulus package to help companies move production out of China. Late last year, Washington began discussing a plan to rebuild key supply chains that depend on China.

Canada and the U.S. have signed an agreement to reduce their reliance on critical metals and minerals from China, but Ottawa has not taken any national action to protect key sectors of the new economy.

Jim Balsillie, co-founder of BlackBerry, said Canada needs to rethink its approach to China, particularly when it comes to technology and patents. He pointed to a Globe and Mail series two years ago that exposed how Chinese telecom giant Huawei Technologies Co. Ltd. was funding research at Canadian universities and keeping the patent rights.

“After the Huawei research funding scandal and despite the urgings of experts to change these approaches, we still have publicly funded research strategies that no other country employs,” he said. "Technology has moved to the realm where it is not only national security but, as we are seeing in this pandemic, national health.”

Perrin Beatty, president of the Canadian Chamber of Commerce, said he agrees it’s time for a strategic rethink of dependency on foreign countries – not just China – for goods necessary for security.

He said the new domestic manufacturing of personal protective equipment and hospital ventilators should be only a start – the government should repatriate some industrial capacity or ensure supply is closer.

He said Canada must at a minimum diversify its supply chains.

“When we look at our manufacturing sector in particular, so much of that has been contracted out to China. And when they had their shutdown as a result of COVID-19, that was affecting supply chains so Canadian companies couldn’t get their hands on the products they needed.”

Liberal MP John McKay, who chairs the Commons public safety and national security committee, said while Canada is building self-sufficiency in personal protective equipment, the same philosophy could be extended to chemicals, minerals, communications systems and other goods. He’s concerned China could “weaponize” any dependency.

The problem with relying on China is that “you’re going to be dancing to somebody’s else’s drummer, not simply your own.”

Opinion
We can be clear-eyed on China, without being dumb-headed
Subscriber content
May 19, 2020 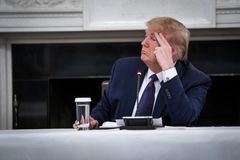 Trudeau backs WHO but says ‘real questions’ persist about China
May 19, 2020 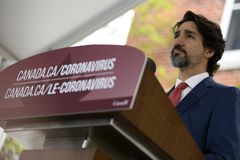