Saturday evening, a dike failed in Sainte-Marthe-sur-le-Lac, near Montreal, forcing an emergency evacuation. Two years after enduring a record spring flood, Ottawa and Gatineau are living through worse, with hundreds of homes flooded or at risk. Four hundred kilometres to the west in Bracebridge, troops have arrived to assist in sandbagging and reinforcing first responders, as the Muskoka River inundates homes and cottages.

“We thought 2013 was a hundred-year event,” Bracebridge Mayor Graydon Smith told reporters, referencing a previous flood, "and here we are six years later.”

As one year of record flooding is surpassed by another, the issue becomes increasingly political. Believe it or not, this is a good thing, because it forces conservative politicians to take global warming seriously, and to respond.

While no single event can be directly linked to climate change, “the global scientific models predict increases in extreme precipitation events and heat-related events,” said Craig Stewart, vice-president of federal affairs at the Insurance Bureau of Canada in an interview. “This is now playing out.

“There is no new normal.”

Although the United States, China and India are far more responsible for climate change than Canada, that does does not relieve this country of its moral obligation to do its part. Both federal and provincial Liberals have long claimed they get this. Conservatives now say they get it, too.

Both Ontario Premier Doug Ford and Prime Minister Justin Trudeau recently visited the flood scene in Ottawa. While Mr. Ford is part of a coalition of conservative premiers opposed to the Liberals’ carbon tax, he realizes that more than coincidence is at work with this incessant flooding.

“Something is going on,” he told reporters, Friday. "We have to be conscious of it.”

And he vowed that Ontario would "be one of the leaders in the entire country, if not North America, in reduction of [carbon] emissions.”

If floods and forest fires and other calamities can forge a political consensus on the need to combat climate change, then that’s progress.

Not that Mr. Ford, Alberta premier-designate Jason Kenney and a bevy of other conservative premiers are likely to let up on their war against the Liberal carbon tax. But these floods are at least forcing them to come up with alternatives.

Federal Conservative Leader Andrew Scheer promised on Saturday to unveil his party’s plan – most likely some combination of incentives and regulations – before the House rises in June.

Virtually every economist agrees that a carbon tax is a more effective tool for combatting climate change than cumbersome regulations and incentives. But Joel Wood, an environmental economist at Thompson Rivers University, notes that carbon taxes are politically hazardous for the very same reason they are economically effective: People notice them.

If your gas bill spikes because of a carbon tax, you will probably reduce consumption, Prof. Wood said in an interview. But you won’t be happy about it. “Visibility comes at a political cost.”

But shouldn’t these weather-related calamities, which point to the need for immediate action to lower carbon emissions, encourage voters to accept the carbon tax?

The research, according to Sarah Wolfe, suggests otherwise.

“Not everyone responds to climate awareness in a ‘pro-environmental’ way,” Prof. Wolfe explained in an e-mail exchange. Some people respond to floods and forest fires by pushing for more aggressive measures to reduce emissions. Others deny the connection or try to avoid thinking about it.

“Things or events that frighten us tend to reinforce our pre-existing identities," she said. In other words, how you see the world determines how you react to climate change, facts be damned.

But beyond a certain point, willful ignorance must surely give way to reality. Any climate skeptics living in the national capital have endured a freak batch of tornadoes, the longest-lasting snow pack on record and now these floods, all in the past year.

The Trudeau Liberals have always made fighting global warming a priority, which is why they imposed the tax. The Conservatives now say that fight is a priority for them as well, but a tax is the wrong approach. 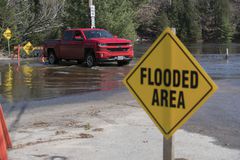 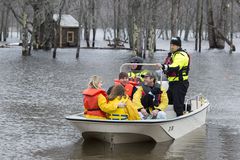 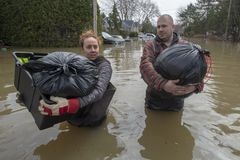