In threatening to force an election over the WE controversy, Prime Minister Justin Trudeau is gambling that he can compel NDP Leader Jagmeet Singh into voting to sustain the government.

He may be right. Or the Liberals and NDP may find a mutually face-saving way to avoid an election. But if someone doesn’t blink, Canadians could be forced to go to the polls in the midst of the second wave of this pandemic.

I’m not going to hide my bafflement. I simply don’t understand what the Grits are up to.

Let’s assume that the Liberals are correct in their assertion that all of the relevant facts concerning the WE Charity affair are in the public domain, including all payments by that charity to members of the Trudeau family, and the role played by that charity in a now-defunct student volunteer program.

If so, then the behaviour of the government seems nonsensical. It was nonsensical of the Liberals to paralyze two parliamentary committees by filibuster and adjournment, rather than letting them examine the WE Charity affair.

It seems especially nonsensical for Mr. Trudeau to tell Mr. Singh and Bloc Québécois Leader Yves-François Blanchet, as he did on Tuesday, that if they support a Conservative motion to create a new committee to investigate the controversy, the Liberals will consider that a vote of non-confidence, which would force an election.

The Liberals are a sophisticated governing party that does not do nonsensical things. So there must be other reasons. Let’s set aside the possible explanation that there could be revelations in redacted documents the government released to the finance committee that Mr. Trudeau would do anything to avoid making public. (Such malevolent theories are almost invariably false.) So what are the Liberals thinking?

They may have looked at the victory of the Conservatives in the New Brunswick provincial election, the strong lead the NDP is enjoying in the B.C. election and Jacinda Ardern’s Labour Party victory in New Zealand and decided that this is an opportune time for a governing party to go to the people.

That would be a dangerous assumption. Polls show the Liberals ahead of the Conservatives, but not in comfortable, majority-government territory. In any case, if the Liberals wanted to force an election, why didn’t they do it over last month’s Throne Speech, which was about their agenda, rather than over what-are-you-hiding allegations of government sleaze?

Mr. Blanchet and Conservative Leader Erin O’Toole have both said they have no confidence in this government. That leaves the NDP.

The party is low on funds and anxious to avoid a campaign. Perhaps Mr. Trudeau believes he can count on Mr. Singh to help him suppress any further scrutiny of the WE controversy by threatening an election the New Democrats can ill-afford to wage.

Such thinking is extremely risky. It’s one thing to win over the NDP by incorporating its priorities into the government agenda, as the Liberals did to get the party’s support for the Throne Speech.

It is quite another to humiliate Mr. Singh by forcing him to prop up the Liberals to prevent an election. Mr. Singh’s personal history suggests he stands up to bullies.

Besides, the pandemic would limit the ability of all parties to run a national campaign, to fly across the country holding rallies, to knock on doors. If ever there was a time when a party could successfully run a campaign on a shoestring, this is that time.

Mr. Singh said on Tuesday he still hoped party leaders could agree on a committee structure that all sides could support. It’s clear he is desperate to avoid being cornered.

Mr. Trudeau may be confident that he can bend Mr. Singh to his will, prevent the creation of a committee with real teeth to properly investigate the WE affair, and so smother the controversy. And if that fails, then he may be confident an election would deliver a Liberal majority government.

But voters have been known to punish parties that indulged in such blatantly cynical manoeuvres. It’s why Bob Rae’s Ontario NDP defeated David Peterson’s Liberals in 1990.

There is no way that the Liberals would take that big a risk. Is there? 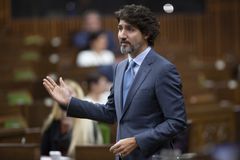 Opinion
Why is the Trudeau government threatening to provoke an election over WE?
October 20, 2020 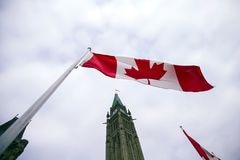 Opinion
Asking the Liberal government questions, at a time like this? Who does the Opposition think it is?
Subscriber content
October 20, 2020 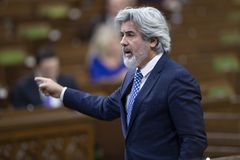