Ontario Premier Doug Ford’s review of government appointments will include the chair of a committee that helps choose justices of the peace because of his connections to Mr. Ford’s former top adviser.

The Premier’s Office said Andrew Suboch’s role on the Justices of the Peace Appointments Advisory Committee would be examined by staff after The Globe and Mail determined he is a friend of Dean French, Mr. Ford’s former chief of staff who resigned Friday in the midst of a patronage scandal.

“The Premier’s made it very clear – he’s not tolerating this anymore. And if he finds out people are there for the wrong reasons, they’re out,” spokeswoman Kayla Iafelice said.

The Globe and Mail has learned that in 2012, Mr. Suboch was found to have engaged in professional misconduct by the Law Society of Ontario.

According to the society’s website, Mr. Suboch was found to have mishandled settlement funds and acted “without integrity in the manner in which he handled the settlement of two personal injury actions involving the client.”

He was ordered to participate in a practice review and fined $8,000. The Globe contacted Mr. Suboch about the finding on Wednesday morning.

The Premier’s Office announced a review of pending appointments on Tuesday, the same day Kate Pal, a niece of Mr. French, resigned from the Public Accountants Council. Ms. Iafelice suggested past appointments could also be reviewed.

The Ontario Liberals on Wednesday called for Mr. Ford to request that the Integrity Commissioner conduct a review of all public appointments made since his government came to office.

“A review by the independent officer of the legislature will restore public trust. An internal review by the government will not,” said the release from interim Liberal leader John Fraser’s office.

Mr. Fraser said he will also be writing the Integrity Commissioner “with respect to possible violations of the Member’s Integrity Act and the Public Services of Ontario Act.”

Mr. Suboch, a personal injury and insurance lawyer, was named to the Justices of the Peace Appointments Advisory Committee last September and became chair in February.

The committee chair earns a per diem of $566 a day and the core committee meets approximately 12 times a year, according to a government website. However, additional meetings can be called to screen applications, hold interviews and make recommendations to the attorney-general. In 2017, then-chair Karen (Kaz) Flinn took home $113,766, according to the Sunshine List.

Mr. Suboch has long-standing ties to Mr. French. Mr. French encouraged Mr. Suboch’s son to begin playing lacrosse when he was 5 and later coached him, according to a 2014 blog post. As well, one of Mr. French’s sons was a teammate of Mr. Suboch’s son at the U19 men’s lacrosse world championships in 2016, when Mr. French was chairman of Team Canada.

In an e-mail, Mr. Suboch declined to comment on the selection process for his appointment, citing confidentiality, but said he submitted his paperwork through an online applications portal. “With respect to my relationship with Dean French, that is a personal matter, not properly the subject of media speculation, scrutiny and/or comment,” he wrote.

Mr. French resigned as Mr. Ford’s top aide late Friday, hours after the Premier cancelled appointments given to Tyler Albrecht and Taylor Shields as agents-general to New York and London, positions that came with salaries of $165,000 to $185,000 plus expenses.

The appointments of Mr. Albrecht, a 26-year-old who is friends with Mr. French’s sons and also played lacrosse, and Ms. Shields, who is Mr. French’s wife’s second cousin, rankled cabinet ministers, MPPs and government insiders. The controversy overshadowed Mr. Ford’s attempt to give his government a fresh start with a sweeping cabinet shuffle after a spate of negative headlines.

In a surprise appearance, Mr. French returned to Queen’s Park on Monday for final meetings with the Premier’s Office and chiefs of staff to cabinet ministers. Sources said the meetings sent the message that Mr. French was still in charge. He also reportedly told Premier’s Office staff that he can still be helpful to the government on the outside and that he does not intend to stop talking to Mr. Ford.

However, after Ms. Pal’s family connection to Mr. French emerged on Tuesday, Mr. Ford sent a note to his caucus to emphasize that Mr. French has no role or influence in either the government or Progressive Conservative Party.

“While I thank Dean for his service over the last year, I need to be clear he no longer has a role in our government or the party,” Mr. Ford wrote. “Dean’s advice and support has been appreciated but he no longer has any influence in this government.”

The cronyism scandal runs counter to Mr. Ford’s message that he was elected to clean up Queen’s Park after what he said was a Liberal government devoted to spending taxpayer money on “insiders and political elites.”

Ms. Iafelice, the Premier’s spokeswoman, said Mr. Ford has directed his staff to review all pending appointments but said past selections could also be examined. “Additionally, if the Premier finds that people have been appointed for the wrong reason or are not performing to the highest standards, those individuals will be removed from their positions,” she said.

Ms. Pal, a certified financial planner who works at her family’s insurance company, was appointed to the Public Accountants Council for a three-year term starting Dec. 31, 2018.

A source in the Premier’s Office, who was granted anonymity because they were not authorized to speak publicly on the issue, said Mr. Ford wasn’t aware of her connection to Mr. French and “hit the roof” when he found out and ordered her out of the position by end of day.

Council members have half-day meetings four times a year and are paid $1,400 for meetings three hours or longer or $700 for shorter meetings, according to the council’s 2018 annual report. Chief executive Keith Bowman said meetings rarely last more than three hours.

In a statement, Mr. Bowman said Ms. Pal was “extremely well qualified” for the position. Her bio was removed from the council’s website on Tuesday afternoon.

Ms. Pal did not respond to a request for comment.

Gavin Tighe, a lawyer who has represented Mr. Ford and his late brother Rob, was named chair of the industry-funded council last October, a four-year, $166,666-a-year job. 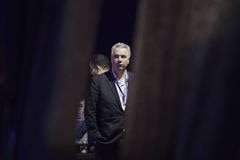 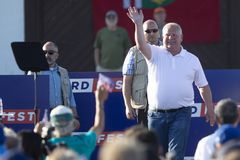 Follow Jill Mahoney and Laura Stone on Twitter @jillsmahoney @l_stone
Report an error Editorial code of conduct
Due to technical reasons, we have temporarily removed commenting from our articles. We hope to have this fixed soon. Thank you for your patience. If you are looking to give feedback on our new site, please send it along to feedback@globeandmail.com. If you want to write a letter to the editor, please forward to letters@globeandmail.com.
Comments