More than 40 prominent members of Canada’s legal community, including former Supreme Court judges and justice ministers, have penned an open letter in order to draw attention to what they call “an alarming new chapter” in Iran’s state-sanctioned persecution of its Baha’i religious minority.

They’re taking aim at two Iranian courts that issued judgments in 2020 justifying the seizure and sale of land belonging to dozens of Baha’is on the grounds their religion denies them the right to own property. The dominant clerics in Iran regard the Baha’i faith as heresy and an insult to the teachings of Islam.

The group of Canadians has written an open letter to Chief Justice of Iran Ebrahim Raisi, calling on authorities to remedy this “new judicial abuse.”

Canada was a leader in accepting Baha’is fleeing persecution in Iran, following the 1979 revolution. About 2,300 Baha’is were resettled in about 220 communities across Canada immediately after and thousands more have arrived as refugees since.

The federal government has a history of speaking out on Iran’s persecution of the Baha’i faith. There are more than 35,000 adherents in Canada and close to 20 per cent of the community is Indigenous.

Canada and Iran have not had formal diplomatic relations since 2012 and ties were further exacerbated in 2020 when Iran’s military shot down a civilian aircraft, Ukraine International Airlines Flight 752, in an incident that claimed the lives of 176 people, including 55 Canadian citizens and 30 permanent residents in this country. Iran says the plane was mistakenly attacked.

Mr. Cotler, a renowned human-rights champion, and Mr. Rock, now president emeritus of the University of Ottawa, say they do not expect Iran’s judiciary will pay them heed but they believe many Canadians want the Baha’i to know they are not forgotten.

“The importance, more than anything else, is to remind those who are being persecuted in Iran that someone is paying attention – that they are not alone,” Mr. Rock said in an interview.

Iran’s diplomatic mission to the United Nations in New York could not be immediately reached for comment.

The land seizures in question took place in the village of Ivel decades ago but the court rulings in 2020 represent the culmination of legal proceedings on the matter. In one of the judicial decisions, using an article of the Iranian constitution that permits confiscation of illegitimately-obtained property, the judge declared Baha’is have “a perverse ideology” and therefore no “legitimacy in their ownership” of any property.

These court rulings have raised fears of more land seizures. Last November, according the Voice of America, Iranian government agents raided the homes of 50 Baha’i families and ordered them to produce lists of assets and property deeds as well as explanations of how they obtained these assets.

The Canadian signatories say they fear the Iranian rulings have established a dangerous constitutional precedent of judicially-sanctioned confiscation which erases legitimate property rights based on religious affiliation. They warn this departs not only from international human rights standards but also the “text and intent of the Iranian constitution itself.”

Ms. Wilson-Raybould, one of the signatories, said the oppression of the Baha’is is one example where the rule of law is being trampled “and legal systems are used to undermine rather than uphold basic rights.”

The Baha’is have been under persistent persecution for many decades but the tactics of repression have evolved over time, according to Human Rights Watch researcher Tara Sepehri Far.

In the years after the 1979 revolution, hundreds of Baha’is were killed or executed while others were tortured or imprisoned. They have been denied jobs or access to education and other rights because of their beliefs. In recent years there have been more reports of the closure of Baha’i businesses and confiscation of properties.

Mr. Cotler said what’s so alarming for Canadian legal community is how Iran “seeks to criminalize the very existence” of the Baha’is.

Asked for comment, Global Affairs echoed the concerns of the former judges and justice ministers. Spokesman Grantly Franklin said Canada is also concerned by the court rulings that would allow seizure of Baha’i land “due to their religious beliefs,” adding “We call on the Iranian authorities to eliminate all forms of discrimination on the basis of religion or belief.” 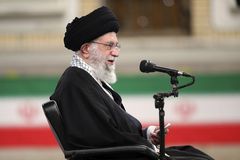 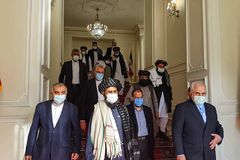