Mr. Smith, who resigned as head of Statscan two years ago over data-security concerns, said banking records are second only to health files in terms of Canadians' most sensitive personal information.

In an interview with The Globe and Mail on Thursday, Mr. Smith said he supports Statscan’s general push to obtain more private-sector records but that the agency must justify its decisions to Canadians. Statscan has broad legal authority to obtain a wide variety of data.

“To ask for peoples’ information about their financial transactions to be provided to Statistics Canada is extremely sensitive and Statistics Canada should be able to say: ‘Okay, here’s the purpose and here’s why it’s important enough to justify this intrusion,' ” he said. “If they don’t have an answer, they should stop now."

To this point, Mr. Smith said he has not seen a clear justification from Statscan.

Opinion: Statscan stumbles into digital age under rules designed for the filing-cabinet era

Mr. Smith served as Canada’s chief statistician from 2010 to September, 2016, when he resigned in protest over the agency’s decision to house its computer servers with Shared Services Canada, a federal body that provides information technology to government departments. He said at the time that the move could weaken the agency’s ability to protect its data.

His comments Thursday come as Canada’s statistics agency is at the centre of a political controversy after informing Canada’s banks that they will be required to provide consumer records, such as individual credit- and debit-card purchases, starting in January. The move caught Canada’s banking sector by surprise and bank officials are in discussion over how to respond.

Royal Bank of Canada, Bank of Montreal, CIBC, National Bank and Scotiabank all confirmed via e-mail that they have not provided any client information to Statistics Canada, echoing a recent statement by the Canadian Bankers Association.

“We take our clients’ privacy seriously and are working with the industry to understand the request,” a CIBC spokesperson said in a statement.

TD Bank did not respond to a request for comment, but told customers via Twitter that it has not agreed to share client data with Statscan.

Federal ministers and Statscan officials say any records obtained by the agency will be protected and that no personal information will be released to the public.

“It is becoming increasingly difficult to capture household expenditures by relying on traditional surveys,” the officials wrote. “People do not want to respond to hour-long surveys or keep a diary of their daily expenditures over a two-week period. Financial transaction data will give us more timely data at a greater level of granularity.”

On Thursday, after an appearance before a parliamentary committee, Mr. Therrien told reporters that his investigation is unlikely to be finished by January.

Mr. Therrien said Statscan informed him about the agency’s general direction, but did not share specific plans related to banking data. He said he advised the agency to only ask for private data that has been anonymized, meaning no individual names are included. However, he acknowledged it is unclear to him at this stage how such a practice could comply with all relevant laws.

“This is something we need to look at. It’s a live issue,” he said.

For a fourth day in a row, Conservative MPs attacked the Liberal government in the House of Commons over Statscan’s plans. The critics say Statscan should not be receiving data that identifies individual Canadians without their consent.

However, Mr. Smith, the former chief statistician, said that he disagrees with that criticism. In most cases, he said, obtaining anonymous data would be useless from a statistical perspective. He said Statscan needs names so that they can be matched with other records to provide a more complete analysis. He also said that asking Canadians for consent is unworkable, because high refusal rates dilute the reliability of the information.

Even though he resigned over data-security issues at Statscan, Mr. Smith said the agency remains a very secure institution.

“By moving the data into the Shared Services Canada data centres, we moved it into a data centre that does have connections to the Internet and therefore it opens up the potential of hacking, however secure they might make it," he said. But he added: "I can’t say that the level of risk has shot up dramatically as a result of the data now being held there.”

While the Conservative Party is raising concerns about Statscan’s direction, Mr. Smith said the Conservative government that he served until the 2015 election was supportive of the agency’s move toward obtaining more information from databases as opposed to traditional surveys.

“For people who want to lead governments to attack the notion of efficient production of official statistics seems ill-considered, to say the least," he said.

With reports from Alexandra Posadzki in Toronto 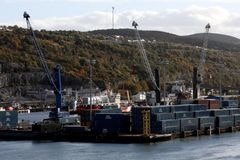