Former correctional investigator Howard Sapers will chair a federal advisory panel looking into prisoner isolation in Canada for the next two years.

Public Safety Minister Bill Blair will announce the move on Friday and renew the advisory panel of experts on the matter that was originally established in September, 2019.

The purpose of the panel is to assess and report on issues with the implementation of what the government refers to as structured intervention units, or SIUs. Composed of isolation cells, the units were opened in late 2019 in prisons across the country to replace long-used methods of solitary confinement that courts had found damaging to the physical and mental health of prisoners.

The same year, the federal government had passed legislation abolishing a long-standing prisoner isolation practice called administrative segregation, which had been rendered unlawful by courts in British Columbia and Ontario.

According to the federal government, the renewed advisory panel will include a range of experts along with Mr. Sapers, who was the federal correctional investigator from 2004 to 2016 and served previously as Ontario’s independent adviser on corrections reform.

Mr. Blair’s department also plans to provide a secretariat function to support the panel and work with the Correctional Service of Canada (CSC) when necessary.

Dr. Anthony Doob, who chaired the original advisory panel, will continue as a panel member. Dr. Doob has written and published reports about SIUs by reviewing government data.

Ottawa appointed Dr. Doob in 2019 to monitor the new prisoner isolation regime, structured intervention, that was intended to minimize a prisoner’s time in isolation and grant them at least four hours every day outside their cells.

A senior government source, whom The Globe and Mail is not identifying because they are not authorized to speak publicly about the matter, said Mr. Sapers was named to the position because of his experience and credibility on the file and because he will be upfront with CSC about challenges that remain. The source said it was important to the government that Dr. Doob remain part of the work ahead.

In February, Dr. Doob and criminologist Jane Sprott used government data to examine how well the penitentiary system was conforming with new laws. The findings offered a bleak assessment of progress as the CSC struggled to comply with prison legislation that many civil liberties advocates considered inadequate to protect the Charter rights of inmates.

“We think that the time has come for Canada to acknowledge that it still has solitary confinement and torture by another name,” they wrote.

At the time, CSC spokeswoman Isabelle Robitaille said the agency remained committed to the new housing units created under the legislation, the SIUs.

The four-hour threshold was chosen to exceed the United Nations Standard Minimum Rules for the Treatment of Prisoners, known as the Mandela Rules. The guidelines define solitary confinement as imprisonment for 22 or more hours a day without meaningful human contact. If those conditions stretch beyond 15 days, the UN considers it “prolonged” solitary confinement, a practice that amounts to “torture or other cruel, inhuman or degrading treatment or punishment.”

SIU placements in Canada regularly run longer than 15 days and the four-hour rule is routinely broken, Dr. Doob and Dr. Sprott said. Their report also said that 28.4 per cent of SIU placements qualify as solitary confinement under the UN definition and a smaller portion, 9.9 per cent, could fall under the torture definition. 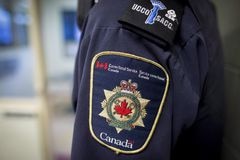 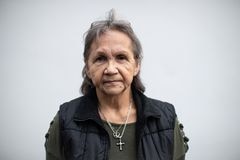 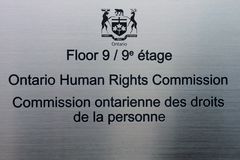 Follow Kristy Kirkup and Patrick White on Twitter @kkirkup @Nut_Graf
Report an error Editorial code of conduct
Due to technical reasons, we have temporarily removed commenting from our articles. We hope to have this fixed soon. Thank you for your patience. If you are looking to give feedback on our new site, please send it along to feedback@globeandmail.com. If you want to write a letter to the editor, please forward to letters@globeandmail.com.
Comments