Prime Minister Justin Trudeau has appointed former cabinet minister Ralph Goodale to advise the government on its response to Iran’s downing of a commercial flight that killed dozens of Canadians.

“While we work to get them [families of victims] the accountability, justice and closure they deserve, we also need to develop a strategy on how to best respond to international air disasters,” Mr. Trudeau said in a statement Tuesday.

“I am confident that Ralph Goodale has the experience to help us identify best practices, and support efforts to ensure that families are properly compensated.”

Flight 752 was shot down on Jan. 8, hours after Iran fired several volleys of ballistic missiles at U.S. military targets in Iraq in response to the U.S. assassination of a senior Iranian commander. Iran’s military has since said it shot at the airliner because it was mistaken for a cruise missile.

Mr. Goodale will examine lessons learned from Flight 752 and other air disasters that claimed Canadian lives, including Ethiopian Airlines Flight 302 last year and Air India Flight 182 in 1985. He will also develop a framework to guide Canada’s responses to international air disasters and provide recommendations on “tools and mechanisms” to prevent crashes.

In a tweet Tuesday, Mr. Goodale said he looks forward to supporting Foreign Affairs Minister Francois-Philippe Champagne, Transport Minister Marc Garneau and Omar Alghabra, parliamentary secretary to the Prime Minister, in the “pursuit of justice” for families of the Iranian air crash victims.

Families of the Canadians killed in the crash have expressed concerns that the COVID-19 pandemic is distracting the government when it comes to holding Iran to account.

Last week, Iran missed a deadline to hand over the flight recorders. Iran’s representative to the International Civil Aviation Organization (ICAO), which is based in Montreal, promised on March 11 to send the recorders to Ukraine within two weeks to help with its investigation into the crash.

Canada sent consular and investigative teams to Tehran in the wake of the crash, but is still seeking answers and justice for family members. As a part of that effort, Canada joined the International Coordination and Response Group, which consists of countries that lost citizens in the tragedy.

Canada is also leading a global “Safer Skies Strategy,” which brings together countries, airlines and the ICAO to establish a common set of practices to better protect passengers from the risk of flying in or near foreign conflict zones. 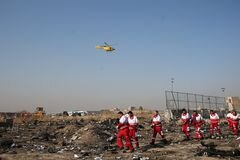 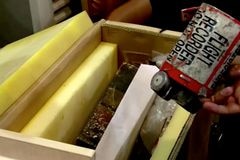