A delegation led by a former Taiwanese foreign minister met with Parliamentarians Tuesday to deliver a warning about Chinese interference and appeal for Ottawa and Taipei to share information on countering Beijing’s influence operations.

Chen Tan Sun served as Taiwan’s foreign minister and top national-security adviser to the president from 2004 to 2008. He is now chair of the Prospect Foundation, a think tank partly funded by the Taiwanese government with ties to President Tsai Ing-wen’s National Security Council.

Senator Thanh Hai Ngo was among the Canadians that Mr. Chen met. Mr. Chen would like to see Canada and Taiwan exchange insights on Chinese interference in their respective countries. “Is there any way, knowing the danger posed by China ... [that] like-minded countries can work together, understanding the tactics China is applying?” he asked.

Mr. Cole said Canadians should realize China is using similar techniques to shape opinion in Canada, cultivate the support of business elites and exert what he called “troubling interference” in Chinese-language media in Canada.

Canada doesn’t recognize Taiwan as a sovereign country. But Mr. Chen, the former foreign minister, said there must be a way for the two jurisdictions to share best practices and experiences – “some kind of official connections, not necessarily diplomatically related, but some document to connect the two sides." This could pave the way for more Canadian exchanges on culture and education.

Taiwan is Canada’s 12th-largest trading partner and fifth-largest in Asia, behind larger economies such as China and Japan. Some 200,000 people of Taiwanese descent live in Canada and 60,000 Canadian citizens live in Taiwan.

Mr. Cole, who is also a fellow with Canada’s Macdonald-Laurier Institute, said it would make sense for Canada and Taiwan to undertake more formal or informal discussions, possibly even through think tanks. He said the two countries’ spy agencies aren’t even talking.

“Right now, there is no contact between Taiwanese intelligence agencies and CSIS,” he said. “CSIS will not touch them.”

He said Taiwan’s Ministry of Foreign Affairs has repeatedly tried to establish ties to no avail.

Mr. Shen said Beijing uses social media in Taiwan to sow division among Taiwanese and to foster a love of China. He alleges that China also funnels money to Taiwanese groups opposed to same-sex marriage and rights for lesbian, bisexual, gay and transgender people.

Mr. Cole said Beijing exploits opposition in Taiwan to gay rights or a controversial pension reform that reduced payouts. It spreads disinformation via social media to “turn public sentiment against a government that Beijing resents."

Revelations this year that a major Taiwanese media company has been receiving subsidies from Beijing since 2007 have spurred concern about Chinese control over what Taiwanese read and watch on TV.

The Nikkei Asian Review in April reported that Want Want Holdings, “which runs major China-leaning Taiwanese newspapers and TV stations,” had accepted more than US$580-million since 2004. Want Want later defended the payouts, saying they were for its mainland business and had no influence on Taiwan media operations.

Taiwan has been trying to diversify its economy away from China and Mr. Cole said social-media attacks engineered by Beijing have popularized the term “guidao” or “ghost island," which is an epithet used by mainlanders to criticize Taiwan. The term implies isolation, economic stagnation and lack of hope if Taiwan persists in remaining independent from China.

“In reality, the Taiwan economy may not be exploding but it’s actually among the highest performing of the small dragons this year," Mr. Cole says, referring to the smaller Asian economies of Taiwan, South Korea, Hong Kong and Singapore. 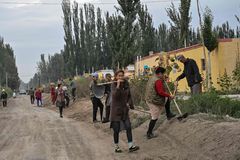 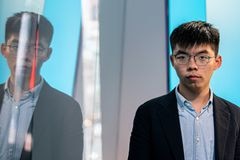 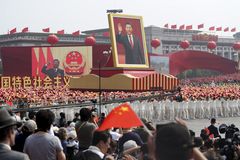