Jean Chrétien, the former prime minister, has been mooted as a possible envoy who could press for the release of two Canadians detained by China in retaliation for the arrest of Huawei’s chief financial officer.

Now, Mr. Chrétien and some of his associates have been floating the idea of cancelling the process of extraditing Ms. Meng to the United States, according to a report in The Globe and Mail, in order to end the bitter dispute.

But that’s not a secret recipe for a diplomatic solution. It’s always been possible for Canada to just give in. It’s not realistic now.

Ms. Freeland gave the most obvious reason to for dismissing it: It would be a dangerous precedent for Canada to give in to foreign pressure to ignore an extradition treaty.

More bluntly, it’s a bad precedent to cave in to Chinese bullying, including taking Canadians Michael Kovrig and Michael Spavor hostage, and abandon the important extradition treaty with the United States.

There seems to be a feeling among Liberals from Mr. Chrétien’s time that Canada has to be more flexible with Beijing, or at least employ a little more realpolitik in handling a squeeze between two superpowers.

Former deputy prime minister John Manley suggested back in December that Canadian authorities should have employed a little “creative incompetence” in handling the U.S. request to arrest Ms. Meng when she changed flights in Vancouver on her way to Mexico on Dec. 1. In other words, they should have let her get away.

It’s surprising to hear that from a former minister, but some might also ascribe it to a kind of realism. Mr. Manley was right to think the arrest would throw Canada into a tight squeeze between the U.S. and China, and that Beijing would make Canada pay. Mr. Manley’s point was that Canada might find a deft way to put its interests first.

But creative incompetence isn’t a realistic option any more, anyway. Neither is just dropping the extradition.

Principles aside, one obvious danger is that ditching an extradition will anger the U.S. and President Donald Trump as much as arresting Ms. Meng angered China and its President, Xi Jinping.

Mr. Chrétien has reportedly told people the U.S. played a trick on Canada by forcing this country into an extradition request, making Canadian farmers pay a price through retaliation. So perhaps he’d be willing to take the risk that Washington wouldn’t retaliate as viciously as Beijing.

But that’s still a big risk. And politically, China’s arrest of Mr. Kovrig and Mr. Spavor made it nearly impossible.

It is hard to argue against bending a few principles for the release of a pair of Canadians languishing in Chinese jails. But Ms. Freeland is right to suggest that caving in now would encourage China to use the same tactic next time.

Canada built a campaign asking countries around the world to oppose Chinese tactics, warning countries it could happen to them next. Imagine what they’d think of Canada’s solidarity cause if Ottawa caved now. The next time China takes a hostage, the world might not even be able to muster a murmur.

If that’s not enough, the domestic political reality must seem pretty compelling to Prime Minister Justin Trudeau. It’s hard to imagine that after the SNC-Lavalin affair he’d been keen to call the justice minister. Worse, he’d be roasted, just before an election, for buckling to Chinese bullying.

Most of all, the principles do matter. Some accuse the U.S. of prosecuting Ms. Meng, and Huawei, as part of a trade. Mr. Trump’s own statements that he might end the prosecution as part of trade talks with China make it sound like that. But Ms. Meng has recourse to real courts, including in the U.S., and real rights. Mr. Kovrig and Mr. Spavor don’t.

If Mr. Trudeau wants to make the case that the U.S. dropped two Canadians into danger, then he should make it to Mr. Trump, next week in Washington. Let the U.S. President take up the cause, and press him on whether the charges against Ms. Meng are serious, or should be withdrawn. Just caving on Ms. Meng’s extradition isn’t realistic. 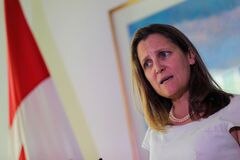 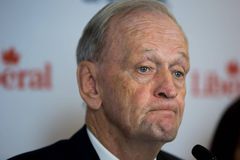