Deputy Prime Minister Chrystia Freeland says there is a toxic culture in the Canadian Armed Forces and the military leadership “just doesn’t get it” when it comes to handling cases of sexual misconduct.

Ms. Freeland, also the Finance Minister, was responding to news that a general who offered a positive reference letter for a convicted sex offender had been assigned to provide a review of reports into sexual misconduct in the military judicial system. The general was removed from the post this week after an outcry from the public and sexual-assault survivors.

“It is clear there is a toxic culture and it’s clear to our government, as the Prime Minister said, that needs to change, and it will,” Ms. Freeland said at a news conference she attended with Justin Trudeau on Wednesday.

She acknowledged the “incredibly hard work” that members of the Canadian Forces do daily. However, she said that “it just seems as if the leadership just doesn’t get” the harassment issue.

She and Mr. Trudeau were asked about the case of Major-General Peter Dawe.

Mr. Trudeau said that, despite work done by the government and the Canadian Forces, “the military doesn’t get that survivors need to be at the centre and the unique priority of everything in regards to sexual misconduct and harassment in the military.”

In April, the general was relieved of his duties as commander of Canada’s Special Forces when the CBC reported he had written a character reference four years earlier for a soldier convicted of sexually assaulting a major’s wife.

However, the Defence Department recently confirmed that Gen. Dawe had been assigned to collect and review recommendations from external reviews conducted by three retired Supreme Court justices, all of which deal with military sexual misconduct to varying degrees. Earlier this week, he was reassigned.

“As we undertake this critical culture change, I know we must be as transparent as possible, work with and engage our stakeholders while creating an environment that holds individuals accountable for their actions and decisions and also allow for learning from mistakes and growth. I and the Canadian Armed Forces are committed to doing better,” Gen. Eyre said in a statement.

Conservative MP James Bezan said the Liberals have their own questions to face on the harassment file.

“Justin Trudeau kept Harjit Sajjan as Defence Minister after Mr. Sajjan covered up sexual misconduct in the Canadian Armed Forces. It’s clear that Justin Trudeau has never got it when it comes to sexual harassment in the military,” Mr. Bezan said in a statement.

In April, Mr. Sajjan said former Supreme Court justice Louise Arbour would conduct an independent review to provide recommendations on how the Canadian Forces and the Defence Department can create a system outside the military for those affected by sexual misconduct.

The decision was made after the Liberal government faced months of pressure over its handling of allegations of sexual misconduct in the military.

Six years ago, another former Supreme Court justice, Marie Deschamps, recommended that an independent centre of accountability for sexual assault and harassment be set up outside the forces.

Ms. Arbour said when she was named to her new role that Ms. Deschamps’s findings were a “shell-shock” and that now it was time to get into the “nitty gritty” of external oversight. Conservatives, NDP accuse Liberals of a pattern of cover-ups with misconduct complaints
September 1, 2021 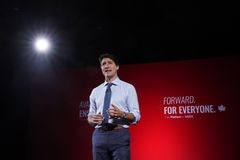 Maj.-Gen. Dany Fortin expected to be charged with one count of sexual assault, according to his lawyer
August 17, 2021 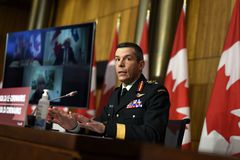