Gerald Butts has been an indispensable aide to Mr. Trudeau. As a key architect of the Liberal Leader’s electoral victory in 2015, he helped shape the vast majority of policies on which Mr. Trudeau campaigned. He also has Mr. Trudeau’s trust, in a way few staffers could, because the two men have been best friends since their days together at McGill University in the 1990s.

Mr. Butts announced on Monday that he has resigned as Mr. Trudeau’s principal secretary amid the controversy swirling around SNC-Lavalin. But he said in a statement that he “categorically” denies the allegation that he or anyone in the Prime Minister’s Office put pressure on then-justice minister and attorney-general Jody Wilson-Raybould in the prosecution of SNC-Lavalin on fraud and bribery charges.

Mr. Butts, 47, honed his political skills working for the Ontario Liberal Party. After graduating from McGill with an MA in English literature – his master’s thesis was on James Joyce’s Ulysses – he worked for an opinion-research firm before jumping in 1999 to the Ontario Liberal Party, which had just failed in its attempt to oust Mike Harris’s Progressive Conservative government.

Mr. Butts quickly installed himself in the inner circle of Dalton McGuinty, Liberal leader at the time, ultimately helping him brand himself as the education premier. A consummate networker, Mr. Butts is widely credited with helping Mr. McGuinty win the 2003 election by reaching out to movers and shakers outside his boss’s sphere – Bay Street titans, education experts, environmentalists – all of whom asserted during the campaign that the Liberal policy proposals were well considered.

As principal secretary to Mr. McGuinty, Mr. Butts was intimately involved in all of the provincial government’s significant initiatives, from all-day kindergarten to the greenbelt that protects 1.8 million acres of farmland, forest and watersheds in Southern Ontario and phasing out the province’s pollution-spewing coal-fired electricity plants.

The pledge during the 2003 campaign to reduce smog in Ontario was personal for Mr. Butts. He grew up in Glace Bay, N.S., the son of a miner and a nurse. He wrote an ode to his father, Charlie Butts, who saw dozens of miners die in the coal pits of Cape Breton. “During the 40 years my dad worked, 726 people drew their last breath deep underground in Nova Scotia, or due [to] mortal injuries sustained there,” he wrote. “The bloodiest year was 1956, the year of the Springhill catastrophe, when 55 men were killed.” Mr. Butts kept a framed picture of the entrance to the pit on his office wall at the provincial legislature.

After helping Mr. McGuinty win back-to-back majority governments in 2003 and 2007, Mr. Butts left the premier’s office in 2008 to work as an environmental activist. As chief executive of World Wildlife Fund Canada, a global conservation organization, he helped to usher in the Canadian Boreal Forest Agreement, a landmark compromise that protects 29 million hectares of woodland caribou habitat from logging.

In the fall of 2012 – around the time the McGuinty government was engulfed in scandal over the closing of two gas-fired power plants – Mr. Butts was ready for his second go at crafting a politician’s identify, this time for his long-time friend. He quit his job at the conservation group to become Mr. Trudeau’s senior political adviser and run his campaign for leadership of the Liberal Party of Canada.

Mr. Butts’s wife, Jodi Butts, told The Globe and Mail in 2016 that leaving the conservation group was a very difficult decision for her husband. But the federal Liberals had endured their worst-ever defeat in 2011 and loyalty meant that, if his best friend was considering the biggest challenge of his life, he had to be there for him. 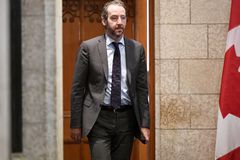 Globe editorial: Why did Justin Trudeau cut off his right hand?
February 18, 2019 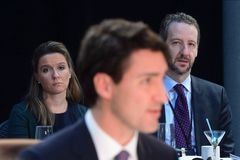 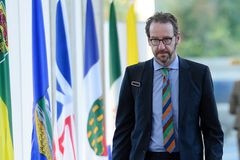