The world is becoming a more dangerous place, Canada’s top military commander says, with the rise of great-power competition from Russia and China and the uncertainty of American leadership to maintain alliances and shape new ones.

General Jonathan Vance is soon retiring as Chief of the Defence Staff, but offered a stark assessment of the military challenges facing Canada and the world.

“There is no way you can look at the global landscape and see [anything] other than increased indicators of danger and threats,” he warned in an interview with The Globe and Mail. “The level of real and actual danger will depend on how it is that nations around the world hold China to account, and the same can be said for Russia.”

A former commander of Canadian troops in Afghanistan, Gen. Vance will be succeeded by Vice-Admiral Art McDonald, currently Commander of the Royal Canadian Navy, in a change of command in mid-January.

“What is interesting about this era is that nothing has come off the table,” Gen. Vance said, pointing to continuing violence in the Middle East, civil wars and border conflicts, terrorist attacks in Europe, a rise in political repression and climate change.

President Donald Trump’s leadership and his undermining of U.S. allies, including withdrawal of troops from Afghanistan, Iraq, Syria, Somalia and even Germany, deeply troubled Western political leaders, he said. It makes it more difficult, Gen. Vance added, to design a grand strategy to deal with Beijing and Moscow.

But Gen. Vance said the “U.S. military has stayed rock solid” in support of NATO and other Western alliances. He noted that the Pentagon gave Ottawa a heads-up on its plans to kill top Iranian general Qassem Soleimani so it could put in “force protection measures” in case of Iranian counterstrikes.

President-elect Joe Biden has vowed to renew U.S. relationships with its allies to confront an increasingly belligerent China and retaliate against Russia, accused in the recent massive cyberattack against U.S. government and private-sector computer systems and of targeting U.S. soldiers in Afghanistan.

Gen. Vance said Western political leaders must develop a ”grand strategy” to confront Chinese expansionism, including their militarization of islands in the South China Sea, a key shipping lane through which 30 per cent of the world’s trade passes.

“You can’t look at this and say this is a nation that is operating by the standard rules of international behaviour. The same I think can be said to some degree with Russia with its posture in Crimea and the Black Sea,” he said.

Gen. Vance declined to say whether Canada should join the Quadrilateral Security Dialogue or Quad, a four-country alliance of the U.S. Australia, Japan and India aimed at containing China’s rise in the Indo-Pacific. The Quad countries have held regular naval exercises but Canada has so far not asked to join the group.

“Not my call. … Those are things for Canada to decide and not for me to decide,” he said, but he added: ”We don’t need to be part of the Quad to be able to train with all of those people and we do.”

At this time, Gen. Vance said, there is no indication China will invade Taiwan, even though the People’s Liberation Army has stepped up cyberattacks and used its warplanes and navy to harass the self-governing island of 24 million almost on a daily basis.

But he said the West needs to put plans in place to make sure Beijing understands that there will be consequences if it uses force against Taiwan.

“What is important now is what will the rest of the world do about all of this. … What might the political levers [be] to try to prevent that and what would be the military strategies to underpin that,” he said.

Gen. Vance was more forthcoming about the cyberthreat from Chinese telecommunications giant Huawei Technologies Co. Ltd., saying for the first time that it should not be allowed into Canada’s next-generation 5G networks.

Canada is the only member of the Five Eyes intelligence-sharing alliance – which includes the U.S., Britain, Australia and New Zealand – that has not either banned or restricted Huawei from 5G.

For the past two years, Ottawa has been conducting a cybersecurity review of Huawei’s 5G technology and there is no indication when a decision will be made on whether to bar the company from Canadian 5G networks.

Gen. Vance said it would be wrong to allow a state-sponsored entity such as Huawei “which is entirely owned, operated and penetrated by the state” into Canada’s communications networks.

He said he sleeps “absolutely” better at night knowing that major telecoms BCE, Rogers and Telus have announced that they will use secure suppliers, such as Finland’s Nokia, Ericsson from Sweden and South Korea’s Samsung, to supply 5G equipment

From a military perspective, the general said Russia remains the greatest threat to Canada because of its proximity, particularly its massive buildup in the Arctic to take advantage of rapidly melting ice that will open those waters to shipping.

Russia has built modern military bases equipped with thousands of troops and stationed modern fighter jets, advanced hypersonic cruise and intercontinental missiles, as well as having icebreakers and nuclear submarines in Arctic waters.

“They are not building up the Arctic for nothing,” he said. “They are posturing themselves militarily to be adjacent to what will become in the future a very busy sea route, and they are co-operating with China in some respect on that matter.”

Canada still does not have new icebreakers, while the Russians are building a fleet of 13 polar icebreakers. Canada’s new Arctic and offshore patrol vessels can’t operate in the Far North during the winter and have limited icebreaking capabilities.

Gen. Vance would only say he would like to have more search and rescue and surveillance capacity in the Far North, but noted that Canada has underwater sonic technology to detect submarines, and satellites to warn of approaching Russian aircraft. The U.S. and Canada are also in the process of upgrading the aerospace warning systems at North American Aerospace Defence Command, he added.

Gen. Vance would not be drawn into whether the government should select the Lockheed Martin F-35 fighter jet that the U.S. and other allies are buying.

The Conservative government chose the F-35 to replace Canada’s aging CF-18 Hornets but the Liberals cancelled the contract when they won the 2015 election and opened the competition to Boeing’s Super Hornets and Saab Gripen.

Gen. Vance said he is most proud of his efforts to stamp out sexual predatory behaviour in the military and to promote more women to higher ranks.

Despite being a potential candidate for a coming vacancy as chairman of the NATO Military Committee, Prime Minister Justin Trudeau decided against mounting an effort to win him the top military job of the alliance.

It was a decision that the retiring general says he accepts with good grace.

“I wasn’t hoping. I was willing and that is a major difference. I am a servant of the state and I will do what I am told,” he said. “You cannot wear this uniform for almost 40 years and not say ‘yes sir.’ ” 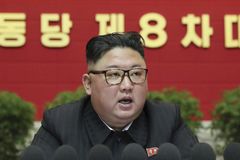 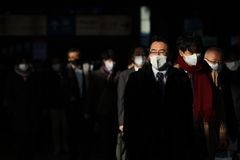 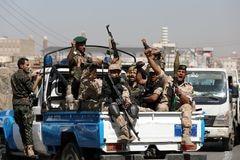