Gerald Butts – formerly one of Justin Trudeau’s closest aides who left his post in the midst of the SNC-Lavalin affair – is returning to the party to take on what is described as an important role in its re-election campaign, a Liberal Party official said Sunday.

Mr. Butts resigned as the Prime Minister’s principal secretary in February, after allegations that he was involved in putting pressure on former justice minister Jody Wilson-Raybould to secure a deferred prosecution agreement for the Quebec engineering giant. In a statement at the time, Mr. Butts denied pressing Ms. Wilson-Raybould, but announced his resignation, saying the accusations were distracting from the Prime Minister’s work.

The fallout from SNC-Lavalin also resulted in the resignation from cabinet of two other high-profile members of the government, Ms. Wilson-Raybould and former Treasury Board president Jane Philpott. Michael Wernick, former clerk of the privy council, also resigned.

Prior to his resignation, Mr. Butts − a lifelong friend of Mr. Trudeau’s − was a key aide and strategist in the Liberal government. He also played a role in developing Mr. Trudeau’s 2015 campaign ads, which focused on improving government transparency, climate change and boosting the economy and the middle class.

Now, Mr. Butts’s return to the Liberal team has opposition parties pointing fingers and denouncing what they describe as cynical politics. The party official, who was granted anonymity by The Globe and Mail because they were not authorized to discuss the matter publicly, would not provide further details on what Mr. Butts’s campaign role would entail.

When contacted by The Globe on Sunday, Mr. Butts declined to comment.

A Conservative Party statement, attributed to Leader Andrew Scheer, said the announcement reflects Mr. Trudeau’s “terrible judgment.” Those responsible for the SNC-Lavalin controversy are still working for the Trudeau government, while Ms. Wilson-Raybould and Ms. Philpott were kicked out of the Liberal caucus, the statement said.

“In other words, the only people who told Canadians the truth about Trudeau’s corruption have been purged from the Liberal Party, while those who helped him cover it up have been rewarded."

Mr. Trudeau promised accountability and transparency, but failed to do politics differently, the statement added.

Braeden Caley, director of communications for the Liberal Party, said personal attacks are nothing new from the opposition Conservatives.

"[While] their focus is to double down on Harper-style negative politics, Liberals are focused on Canadians and our positive plan to invest in the middle class,” he said.

New Democratic MP Charlie Angus said he is not surprised that Mr. Butts is returning because he doesn’t think the party was ever serious about creating a transparent government.

“Gerald Butts is very symbolic of the cynicism and the drive of the Trudeau machine,” Mr. Angus said. The problem currently facing the Liberals, he added, is that Canadians believed Mr. Trudeau would bring in a new kind of change when they voted a majority Liberal government into office in 2015. 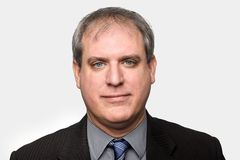 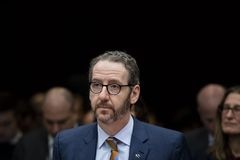 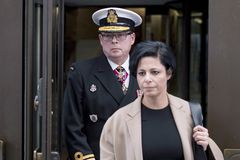