We were warned: If Canada doesn’t release Meng Wanzhou, there will be more damage to relations with China.

So buckle up. Here it comes. It’s likely to go on for years.

But don’t be fooled: It was coming anyway. Canada’s own Cold War with China had already begun.

There was a reason many in Canada held out a glimmer of hope that a B.C. court would find legal grounds to kick free Ms. Meng, the chief financial officer of Huawei Technologies Co. Ltd., this week. That would have offered a possible avenue for the release of two Canadians, Michael Kovrig and Michael Spavor, who were detained in China as bargaining chips.

The decision rendered by Associate Chief Justice Heather Holmes of the B.C. Supreme Court dashed that hope, at least for now.

She ruled that the crime Ms. Meng is accused of in the United States – committing fraud by lying to a bank about Huawei’s control of a company violating U.S. sanctions on Iran – is also a crime in Canada, satisfying a necessary condition for extradition.

Ms. Meng, the daughter of Huawei founder Ren Zhengfei, still has chances to contest her extradition. She argues her arrest violated her rights and that the U.S. prosecution is politically motivated. The legal challenges might take years. But some of them might offer the families of Mr. Kovrig and Mr. Spavor the hope for another break in the case.

The immediate concern is that the two men’s situation will get worse. Guy Saint-Jacques, a former Canadian ambassador to China, said he fears Beijing will push forward their prosecutions.

But Canada’s broader problem with China isn’t going away no matter what the courts decide.

It isn’t just a matter of tensions over Ms. Meng’s extradition that will disappear if her case is resolved.

We now know the nature of the relationship. It is as though Ms. Meng’s case has suddenly thrown us into the future, and shown us how China will act. Beijing not only uses its vast economic leverage, it takes hostages. It insists that Canada’s institutions and values must bend to its will.

That must force Canada to re-evaluate the relationship, Mr. Saint-Jacques argues, based on the idea that China is an unreliable partner that uses intimidation as a tool.

The Chinese also use economic ties as leverage, so Canadian companies should be told that doing business in China carries huge risks, and warned to diversify in the rest of Asia or elsewhere. “Doing business in China with the current regime includes a great deal of risk, and in my opinion it puts Canadian values at risk,” he said.

And, he added, instead of censoring itself to curry favour, Canada needs to work with other countries to try to bolster rules-based international relations, and to tell China to “stop acting like a thug.”

It’s hard not to see that prescription as Canada’s own Cold War with China. And the truth is, it has already started, whether Canada, and Prime Minister Justin Trudeau, recognize it or not.

China has created a dynamic that will allow no other option than a chill – except caving in.

The alarming thing for Canadians in this Cold War is that it’s not the same one the United States is fighting.

The superpower rivalry doesn’t allow for allies – at least not as long as Donald Trump is president. The United States asked Canada to arrest Ms. Meng, sparking China’s accusation that Canada was an accomplice in a politically motivated trade war – an allegation that gained a little credence when Mr. Trump said he would intervene in the case if it helped him make a trade deal with China. But Mr. Trump didn’t really step in when China focused its anger on Canada.

No, Canada’s situation is different. China chose to intimidate because it felt it could use its leverage with a smaller nation. No matter what the courts say, that will be the nature of the relationship for the foreseeable future, and Canada will be forced to deal with it. 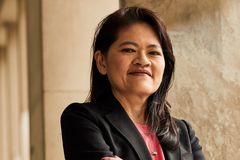 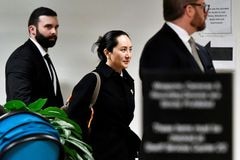 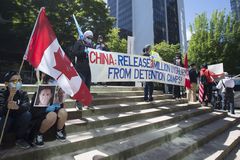