One of the Liberal government’s top infrastructure experts is leaving Ottawa for a senior position with Google’s ambitious Sidewalk Labs project on Toronto’s waterfront.

John Brodhead has worked as a chief of staff since the Liberals formed government in 2015, first for Infrastructure Minister Amarjeet Sohi and then moving last September to work for Indigenous Services Minister Jane Philpott.

Sidewalk Labs – which is a division of Google’s parent company, Alphabet Inc. – has a preliminary agreement with Waterfront Toronto to develop a modern, data-driven neighbourhood called Quayside on the city’s waterfront.

The vision promises a highly walkable urban village where cars are few and mostly driverless. Extensive sensors would aim to use data in a way that increases efficiency in areas such as energy use and traffic management.

A detailed plan is expected to be released later this year. If approved by Waterfront Toronto – which includes representation from all three levels of government – Sidewalk Labs says the project could begin as soon as 2020.

Mr. Brodhead is a former senior aide to ex-Ontario premier Dalton McGuinty, where he worked closely with Gerald Butts, who is now principal secretary to Prime Minister Justin Trudeau.

Sidewalk Labs CEO Dan Doctoroff said Mr. Brodhead’s knowledge of all three levels of government in Canada made him a perfect fit for the position.

“We could not be more thrilled to have John join the team,” said Mr. Doctoroff in a phone interview from New York, where he was previously deputy mayor. “We certainly have come to recognize that we need much more local knowledge and advice and experience. We’re very humble about the fact that we are not Torontonians and have a steep learning curve.”

Mr. Brodhead, who is married with three young children, indicated in a Facebook post that family considerations were a factor in his decision.

“Moving back to Toronto will also provide me the opportunity to continue to pursue one of my passions – building inclusive, innovative and sustainable cities,” he wrote.

The Sidewalk Labs plan has attracted some concern over the data-collection aspect of the project, both in terms of how such data will be owned and monetized and also what that might mean for individual privacy.

Global internet giants such as Facebook and Google are under increasing scrutiny from lawmakers around the world over the collection of personal data.

The House of Commons committee on access to information, privacy and ethics will soon be examining such issues as part of a study on the recent misuse of Facebook data by Cambridge Analytica, a political data analytics firm co-founded by Canadian data expert Christopher Wylie.

The committee has said it intends to invite executives from Facebook, Amazon and Google.

Mr. Doctoroff said he fully supports a broad public discussion around the data and privacy aspects of the project.

“We agree that this issue of data, particularly data in public spaces around the world, is kind of an uncharted territory from a policy perspective,” he said. “We think that having this discussion about rules for data and privacy – which we want to do in a very open and transparent way – can help to really begin to develop policies that can set global standards, let alone standards in Canada … . This is something that we have realized from Day 1 that is fundamental and critical for us to get right if we are going to be successful with what we hope to do there.” 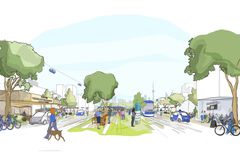 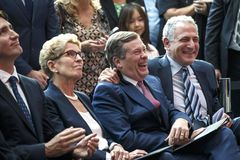