The RCMP is examining the now-cancelled contract awarded to WE Charity by the Liberal government, the force said Wednesday, adding it will take appropriate actions as required.

In a statement, the Mounties said it would be inappropriate to comment further on the matter.

Earlier Wednesday, opposition parties said the Liberal government triggered the prorogation of Parliament to avoid accountability for newly released documents about the WE Charity agreement.

Prime Minister Justin Trudeau asked the Governor-General on Tuesday to prorogue Parliament and said a new Speech from the Throne would take place on Sept. 23 to lay out a new vision for the government.

Opposition parties do not believe Mr. Trudeau’s explanation for prorogation, noting that the timing shuts down committee investigations into the Liberal government’s WE Charity controversy.

Mr. Trudeau is hiding from the truth, Conservative MP Michael Barrett said Wednesday. “This is about one thing and one thing only,” he said.

Mr. Barrett was referring to Mr. Trudeau’s request to prorogue Parliament as MPs on the House of Commons finance committee gained access to thousands of pages of government documents on Tuesday regarding a now-cancelled $543.5-million agreement with WE Charity to administer a program for students.

The Conservatives and NDP believe the documents have also been too heavily redacted.

On Tuesday, Mr. Trudeau also named Deputy Prime Minister Chrystia Freeland as Finance Minister after Bill Morneau resigned from the portfolio on Monday. Mr. Morneau is facing an ethics probe over the agreement with the WE Charity, along with the Prime Minister.

“If this was about introducing a Speech from the Throne, the reset that he was looking for, he could have prorogued on Sept. 22 and delivered that speech on the 23rd,” Mr. Barrett said.

The effect of prorogation is regular committee work is shut down, as all bills and committee studies die.

The existing bills and committee studies are not necessarily ended for good. Procedural options exist for MPs to approve motions that would reinstate bills and studies back to the stages they were at at the time of prorogation.

Mr. Barrett said the Prime Minister would like to divert attention to the forthcoming Speech from the Throne to distract Canadians.

The speech, delivered after a general election or a prorogation, sets out the government’s view of the condition of the country and gives a sense of legislation it intends to bring forward.

Once the Speech from the Throne has been read, a vote is held that this is seen as a test of the support for the government.

“The prorogation we are doing right now is about gaining or testing the confidence of the House,” Mr. Trudeau said Tuesday.

The Conservatives are to name a new leader on Sunday in Ottawa, which will give the party little runway to have a new boss in place before this significant vote.

The federal New Democrats have also decried the prorogation of Parliament, with Leader Jagmeet Singh saying Canadians shouldn’t be forced to pay the price for Mr. Trudeau’s scandals.

The Bloc Québécois’s Rhéal Fortin also issued a statement on Wednesday demanding accountability over the agreement with WE.

For their part, the Liberals say that prorogation is simply a matter of a “reset” in response to the pandemic.

“We need to have a rethink,” Foreign Affairs Minister François-Philippe Champagne told The Canadian Press in Montreal on Wednesday. “This is a time where we are looking ahead.”

Mr. Trudeau said Tuesday he was not trying to prompt an election.

“It is obvious that the Throne Speech we gave eight months ago is no longer relevant for the reality that Canadians are living,” he said. “I think it is important that Canadians have a clear idea of the plan that we have for building a stronger economy that is more inclusive, that is greener, that is fairer for all Canadians.”

Liberal MP Nathaniel Erskine-Smith, an outspoken member of his party, said Wednesday that he liked the idea of a Throne Speech on Sept. 23 and a confidence vote on the government’s agenda.

He said while it is not the end of the world to punt committee inquiries for a few weeks, the better response would have been to prorogue in mid-September to avoid that happening. 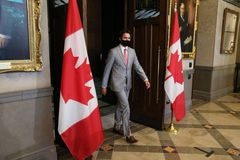 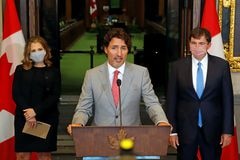 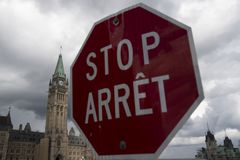