The new chair of the Canada Infrastructure Bank said he expects the Crown corporation will play a key role in spurring economic growth in the aftermath of the COVID-19 health crisis.

The federal government announced Friday that it is replacing the top leadership of the Canada Infrastructure Bank and appointing Michael Sabia, the former head of Quebec’s pension fund, to chair the board.

Mr. Sabia will replace Janice Fukakusa, who was in charge of setting up the bank after it was established through legislation in 2017.

In an interview with The Globe and Mail, Mr. Sabia said his immediate focus will be on finding a new CEO and preparing the bank to contribute in the stimulus phase of restarting the Canadian economy.

“Particularly in light of the economic circumstances that the country finds itself in, and the need to be thinking now about the relaunching of our economy and the amount of stimulus that’s going to be required … eventually we’re going to have to turn to this issue of how do we move our economy forward and I think the bank has a role to play there," he said.

The bank has authority to spend $35-billion over 10 years, but the Crown corporation has faced criticism for not acting fast enough in approving new projects.

Annie Ropar, the current chief financial and administrative officer, will manage the bank until the board names a new CEO.

Mr. Sabia stepped down in February as the president and CEO of the Caisse de dépôt et placement du Québec. At the same time, he began a five-year term as the director of the University of Toronto’s Munk School of Global Affairs & Public Policy.

Mr. Sabia is a former member of Finance Minister Bill Morneau’s economic advisory council, which had recommended the creation of a national infrastructure bank as a way of encouraging large institutional investors, such as pension funds, to invest in revenue-generating projects that are in the public interest.

Mr. Sabia declined to comment on the bank’s record to date. He said his focus will be on attracting private investors to partner in projects with Ottawa, the provinces, municipalities and First Nations.

“I think one of the real tests of the value of the bank is its ability to act as a catalyst, to bring institutional capital into it, because once you do that, then that can be a transformative event from a financial point of view in the overall financing of infrastructure across the country," he said.

In a news release, the government said the change in leadership signals a new phase in the development of the infrastructure bank, even though the immediate focus of officials is on the response to COVID-19.

"We are still in the acute period of managing the health effects of the virus. But that period will come to an end, and institutions such as the Canada Infrastructure Bank will play an important role in helping our country recover economically from the pandemic,” Ms. McKenna said in a statement. Her office said the minister was not available Friday for an interview.

The Globe reported in February that the government was considering an overhaul of the bank’s executive leadership and that Mr. Sabia’s name was circulating as a potential new chair.

The Globe also reported in June that the bank’s head of investments, Nicholas Hann, was leaving after just 10 months. In an interview at the time, Mr. Hann said he would be willing to return to the bank under different circumstances.

The infrastructure bank’s first investment was a 2018 contribution of $1.28-billion toward the Réseau express métropolitain project (REM) in Montreal. The 67-kilometre light rail project is led by the infrastructure division of the Caisse. The bank has announced support for nine projects to date, but some of them are limited to providing advisory services as opposed to direct funding.

“At [Caisse], Michael pioneered innovative models for financing infrastructure here in Canada and abroad. His experience in both public policy and in the world of investment will be a critical asset as the Bank accelerates its activities,” Mr. Morneau said in a statement.

Before the 2019 federal election, both the Conservatives and NDP campaigned on pledges to shut down the infrastructure bank. Since the Liberal government won a minority mandate, senior ministers have said little until now about the future direction of the entity. 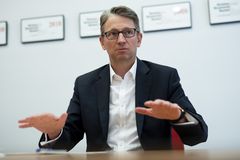 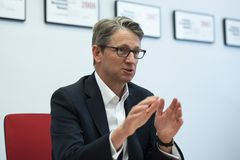 Infrastructure Bank pledges up to $300-million for port expansion near Montreal
December 4, 2019 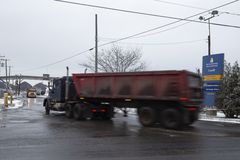