The Privy Council Office says it will hire an independent, third-party investigator to look into claims of workplace harassment in the office of Governor-General Julie Payette.

The Privy Council Office said it would “immediately take steps” to work with the office of the secretary to the Governor-General to establish the terms of reference for the review.

“It is a public service priority to advance efforts to more effectively prevent and resolve issues of harassment,” the Privy Council said in a statement Thursday night.

The Privy Council is the central government department that supports the prime minister and cabinet. Neither the Privy Council nor Rideau Hall could provide an explanation by deadline of the extent to which the Governor-General’s office would be involved in the review.

Ms. Payette was the subject of a CBC report this week in which sources, including some former employees, said they were yelled at or publicly humiliated, sometimes to the point of tears. One of the issues raised in the report was that workplace complaints were often handled by Assunta Di Lorenzo, Ms. Payette’s long-time friend and secretary, who was herself the subject of some of the accusations.

Ms. Payette’s office said Thursday she was “deeply concerned” by the reports and that she was committed to offering a healthy work environment.

“I take harassment and workplace issues very seriously and I am in full agreement and welcome an independent review,” Ms. Payette said in a statement.

In a post on Twitter, Ms. Payette added to the statement by saying she had “requested the conduct of an independent review.”

Employees of the Governor-General’s office are part of the core public service. The Privy Council said those employees are also covered by federal anti-harassment rules. New regulations for federal workers are set to come into force on Jan. 1, 2021, that include provisions such as employer obligations to take corrective measures based on the results of an investigation.

The 2019 Public Service Employee Survey, which measures federal workers’ attitudes about their jobs each year, suggested that 22 per cent of the Governor-General’s employees said they were the victim of harassment on the job, with most of those instances coming from someone with authority over them. The annual survey has suggested that the Governor-General’s office has one of the highest rates of on-the-job harassment of any federal agency or department.

Ms. Payette, a former astronaut, was appointed as the Queen’s representative in Canada in 2017 on the advice of Prime Minister Justin Trudeau. The Globe has previously reported on her struggles to adjust to the office’s public demands, such as disputes with the Royal Canadian Mounted Police security detail assigned to protect her.

NDP Leader Jagmeet Singh said on Wednesday that Mr. Trudeau should follow up on the complaints.

Alex Wellstead, press secretary for the Prime Minister, said Mr. Trudeau “takes this issue very seriously.” However, he said questions about the review should be referred to Rideau Hall. 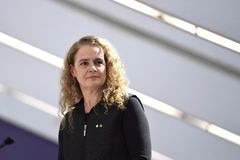 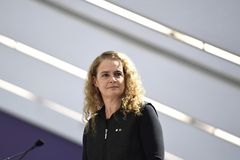