Governor-General Julie Payette says she was surprised by media reports last fall saying she was at loggerheads with Rideau Hall staff and might even quit before the end of her term.

The former astronaut was reportedly having trouble adapting to her new role, her penchant for micro-management was creating dissatisfaction among her employees and she was reluctant to fulfil certain duties.

This media scrutiny, “didn’t correspond at all to reality – not at all,” Payette told The Canadian Press in a recent interview. She said it was the most difficult moment of her first year in office.

Though she denies the accuracy of the stories about her, there has been turnover in communications personnel at Rideau Hall. And the diagrams she has drawn up on whiteboards throughout the residence, including in her office, leave no doubt that she takes a hands-on approach to the job.

The Governor-General acknowledges that she has made some adjustments in recent months, in particular in terms of her communications. But she is not ready to concede that her first year was “turbulent,” as the National Post described it in September.

“It was very busy – very, very busy – but turbulent? That’s an interesting adjective,” she said. “Maybe what caught me by surprise is that I have never been in a setting where you have to talk about what you’re doing.”

She said the work is getting done, and no deadlines have been missed: “Honestly, things are going well here.”

Payette does not deny there were negotiations when it was time to give royal assent last June to Bill C-45, the law legalizing cannabis. “For sure there was a lot of back and forth,” she said, but ultimately, “there was no problem.” And any hesitations were not because, as a scientist, she had a problem with legalization, she said.

“Absolutely not. That is not at all our prerogative. There are important powers that are given to this institution of the Crown that I represent, but they are determined by very strict rules,” Payette said.

She quickly learned the role also comes with a requirement for discretion. A month after taking office in October 2017, she raised eyebrows with a speech mocking those who question climate change and who believe in creationism.

Prime Minister Justin Trudeau, who named her to the post, did not hold it against her. In fact, he congratulated the woman who, with two space missions under her belt, embodies the importance he says he wants to place on science in decision-making.

In Julie Payette’s office, science is everywhere. There is a portrait of the Queen and Prince Philip on a bookshelf, but it is surrounded by a multitude of space souvenirs.

One might think the role of governor-general, anchored in protocol and tradition, is light-years from that of an astronaut, and that the gap might have been difficult to navigate for Payette, an engineer by training.

But she disagrees. “The two are not incompatible! On the contrary!” She notes that traditions are part of work, and a certain decorum reigns in all sorts of institutions, including the space program. As an example she points to the rituals – planting a tree, watching a particular film – followed by her friend and former colleague David Saint-Jacques before he blasted off from Kazakhstan for the International Space Station Dec. 3.

Payette said she will not be leaving before the end of her five-year term. She does however plan a move toward greater transparency.

“I am personally taking responsibility for it,” she said. “We are going to communicate better, and we are opening the doors. It’s open here. We are open for business, but more than that, we are really open as an institution.”

With the first year in office behind her, she plans to spend more time on the road, “going to places where other governor-generals before me did not have a chance to go.”

She is also planning to move into Rideau Hall, where all her predecessors have lived since 1867, by next summer. 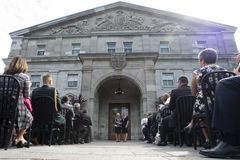 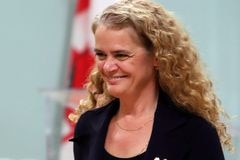 Globe editorial: Julie Payette’s problems as Governor-General are hers to fix
September 28, 2018 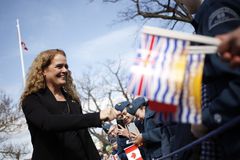