Mary Simon, representing Inuit in Canada, spoke from the floor of the House of Commons to welcome the federal government’s historic 2008 apology to former students of residential schools.

She began in Inuktitut, as a way of showing the Inuit culture remains strong, and said the apology filled her with hope.

“Let us not be lulled into an impression that when the sun rises tomorrow morning, the pain and scars will miraculously be gone. They will not,” she said. “But a new day has dawned, a new day heralded by a commitment to reconciliation and building a new relationship with Inuit, Métis and First Nations.”

Now, 13 years later, as the discovery of unmarked graves on the sites of former residential schools generates a new awareness of this dark chapter of the country’s past, Ms. Simon has been named as Canada’s governor-general, the first Indigenous person to hold the role.

Ms. Simon’s appointment caps a high-profile career at the centre of Indigenous policy making. She has worked on the patriation of the Canadian Constitution in the early 1980s, played a senior role with the 1996 Royal Commission on Aboriginal Peoples and represented the Inuit during then-Prime minister Stephen Harper’s 2008 residential schools apology. She was president of the Inuit Tapiriit Kanatami (ITK), a non-profit organization representing more than 65,000 Inuit in Canada.

She is a mother of three and is married to former CBC journalist Whit Fraser.

Ms. Simon, 73, was born in Kangiqsualujjuaq and grew up in the town of Kuujjuaq which are both on the northern edge of Quebec and part of the Nunavik region. She is the daughter of Nancy and Bob May. Her father, a white man, has said he was the first Hudson’s Bay fur trader to defy the company’s ban on marrying an Inuk.

Ms. Simon and her seven siblings were raised according to Inuit traditions, including living off the land with sled dogs. After the sixth grade, Ms. Simon often split her time between homeschooling in Kuujjuaq and classes in Colorado, where her paternal grandparents had moved from Manitoba.

At the age of 22, she moved to Montreal for a job with CBC’s Northern Service as an announcer and producer. She then worked for several Inuit organizations, including the ITK, the Northern Quebec Inuit Association and the Makivik Corporation, an organization representing the Inuit of Nunavik, which she led as president.

Ms. Simon has credited her Inuk grandmother, Jeannie Angnatuk, for passing on centuries of oral Inuit history. During a 2007 interview with The Globe and Mail at her home in Kuujjuaq, Ms. Simon recalled what she had learned.

Inspired by that oral history and her grandmother’s dream of a global Inuit reunion, Ms. Simon would contribute to the creation of the Inuit Circumpolar Conference (ICC) in July, 1977, which brought the Inuit of Canada, Alaska and Greenland together for the first time.

In 1986, she was elected president of the ICC and worked successfully to incorporate the Soviet Union’s Inuit three years later. From 1994 to 2003, she was Canada’s ambassador for Circumpolar Affairs, a role in which she negotiated the creation of the Arctic Council. She also served as Canada’s ambassador to Denmark from 1999 to 2001.

That period of international diplomacy was followed by a return to advocacy, serving two terms as ITK president from 2006 to 2012. It was at this time that she worked with the leaders of Canada’s other national Indigenous organizations on the implementation of the federal government’s settlement with former residential-school students.

Ms. Simon and the other national Indigenous leaders spoke from the floor of the House of Commons in response to the 2008 residential schools apology, as dozens of former students and their families watched from above in the visitors’ seats.

Phil Fontaine, who stood with Ms. Simon that day as the then-national chief of the Assembly of First Nations, praised the announcement of her appointment as governor-general.

Mr. Fontaine said Ms. Simon will represent all Canadians and that Tuesday’s announcement fits the moment as the public learns more about Indigenous history and residential schools.

“She will shine a bright light on the Indigenous community, and she’ll make us proud,” he said.

Former prime minster Paul Martin, who has worked with Ms. Simon on the Kelowna Accord and on an initiative called Canadians for a New Partnership, aimed at better living conditions and education for Indigenous peoples, called her appointment “outstanding.”

Mr. Martin, who has continued to do work in Indigenous education, said Ms. Simon is someone he’s consistently called up for advice, and that he’ll continue to do so. “She has an insight into people that’s really important.”

Ms. Simon’s role as ITK president is now held by Natan Obed, who’s worked with her in various capacities over the past 15 years. Mr. Obed said he also knows her socially, mentioning they’ve been to each other’s houses for dinner.

He said that Ms. Simon has been a mentor for him, and that she’ll be an “excellent” governor-general.

“I think she’ll bring diplomacy, humility and warmth to the role. I also think that she’ll be a meaningful contributor to the ongoing dialogue on reconciliation and on the relationship between Indigenous peoples and Canadians,” he said. “I think that it will allow for conversations to happen across this country in a way that is constructive and optimistic and hopeful. And she brings a lived experience and identity that helps with that.”

He points to her role representing the Inuit during the residential schools apology, and her positions as ambassador for Canada and the Arctic, as experiences that will give her a unique outlook in the office of governor-general. “As an individual, she is kind and pragmatic and also approachable,” he said. “She’s somebody that it is willing to listen, and willing to have a conversation, and is able to talk to all sorts of people with all sorts of perspectives.”

Opinion
Mary Simon’s historic appointment as Canada’s next governor-general is worth celebrating
July 6, 2021 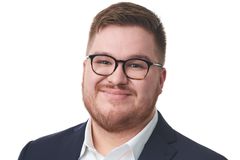 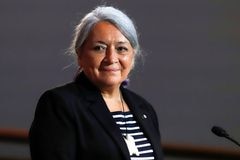 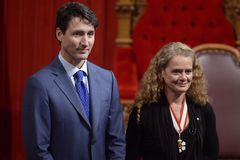