The Green Party is promising to boost greenhouse gas emission reduction targets, cancel all new pipelines and oil exploration, accelerate an increase in carbon pricing and ban the sale of all internal-combustion engine passenger vehicles.

The environmental pledges in the party’s platform, released Tuesday, are aimed at getting Canada not just to net zero emissions by 2050, as other parties have promised, but having the country get to “net negative” by then.

The Greens are also promising to establish a guaranteed livable income, abolish postsecondary tuition, introduce pharmacare and free dental care, decriminalize the possession of illicit drugs for personal use, restore the per-vote subsidy for political parties and reduce the number of people held in pretrial custody.

But true to their name, much of the platform deals with the environment and tackling climate change.

“We are in a climate emergency but, by acting now, Canada has the chance of a lifetime to accelerate its transition to a net-zero economy and become a world leader in cleantech and renewable energy,” leader Annamie Paul said in a statement.

“It’s where the jobs of the future are, and how we will stay globally competitive and build a prosperous sustainable future.”

In addition to ending all fossil fuel subsidies and phasing out existing oil and gas operations, the Greens say they would replace every high-paying fossil fuel sector job with a high-paying green sector job through wage insurance, retraining programs and early retirement plans.

They would also introduce laws that incentivize green investment and jobs, while creating disincentives such as raising taxes on environmentally harmful goods and services. Starting in 2022, they would also raise carbon taxes by $25 per tonne each year until 2030.

They want 100 per cent of Canadian electricity to be produced from renewable sources by 2030. The sale of internal combustion-engine passenger vehicles would be banned by 2030, and to encourage Canadians to give up those cars, they would establish buyback programs.

Paul said that while the Greens are best known for their climate focus, the pandemic has highlighted the need for innovative social policies.

“The urgent need for a guaranteed livable income, long-term care reform and a safe supply to combat the opioid drug poisoning epidemic – sadly, the pandemic has proved the value of these policies over past months,” she said in a statement.

“Many of the tragic events that unfolded during the past 18 months revealed gaping fault lines in our society, vulnerabilities that, if not addressed, will leave us in a perilously weak position to face the immense challenges of the 21st century.”

On housing, the Green Party would declare housing affordability and homelessness a national emergency, allocate one per cent of the GST to housing and other municipal infrastructure, maintain a moratorium on evictions until the pandemic is over, create national standards for rent and vacancy controls, build 50,000 supportive housing units over 10 years and build and acquire at least 300,000 units of “deeply affordable” housing.

They would fund free postsecondary education partly by redirecting existing spending on tuition tax credits, administration costs of the student loan system, and defaulted student loans that get written off each year. All federally held student loan debt would be cancelled, they promise.

The platform also promises much work on reconciliation, including implementing all 94 Truth and Reconciliation Commission calls to action, ending all drinking water and boil water advisories, funding new and existing Indigenous healing centres, and work with First Nations, the Metis Nation, Inuit and their governing institutions on a nation-to-nation basis.

There are few specific dollar-figure funding promises or costing explanations in the platform, but the party said more information will be released.

“The Green Party is working to develop a fiscal planning framework and strategy to determine the implementation processes and timelines for the major policies in the platform,” a spokeswoman said in a statement.

“This will ensure that the proposed policies are rolled out over time in a way that does not undermine fiscal sustainability. We will release the framework when this work is completed.” 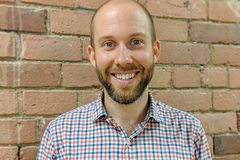 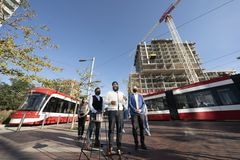